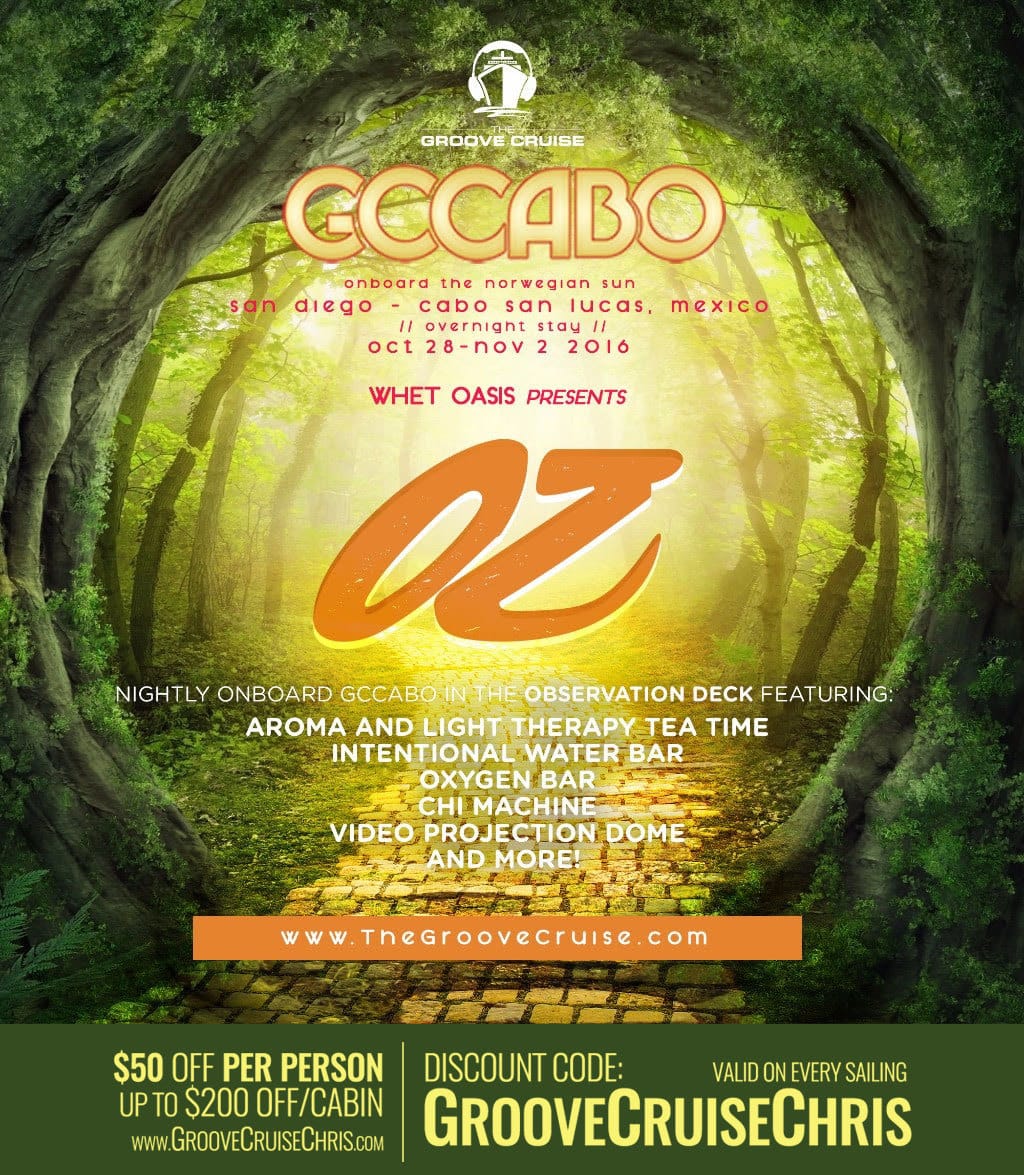 This announcement came as a surprise to me, and it’s definitely intriguing.

I’m used to the Electric Jellyfish lounge on Groove Cruise sailings. This UV lit decompression area featured ambient electronic music, comfy seating, and candy all set inside what appears to be a giant jellyfish.

Another new concept for Groove Cruise, “Whet Oasis presents: OZ”, appears to take the idea of a decompression area and turn it up a few levels.

With a flyer resembling none other than the yellow brick road from The Wizard of OZ movie and a list of area features aimed at relaxing after peak hour sets, OZ looks like something I do not want to miss.

According the flyer, this break-away-from-the-madness zone will include:

Open nightly on the observation deck, count on me stopping by, for sure. 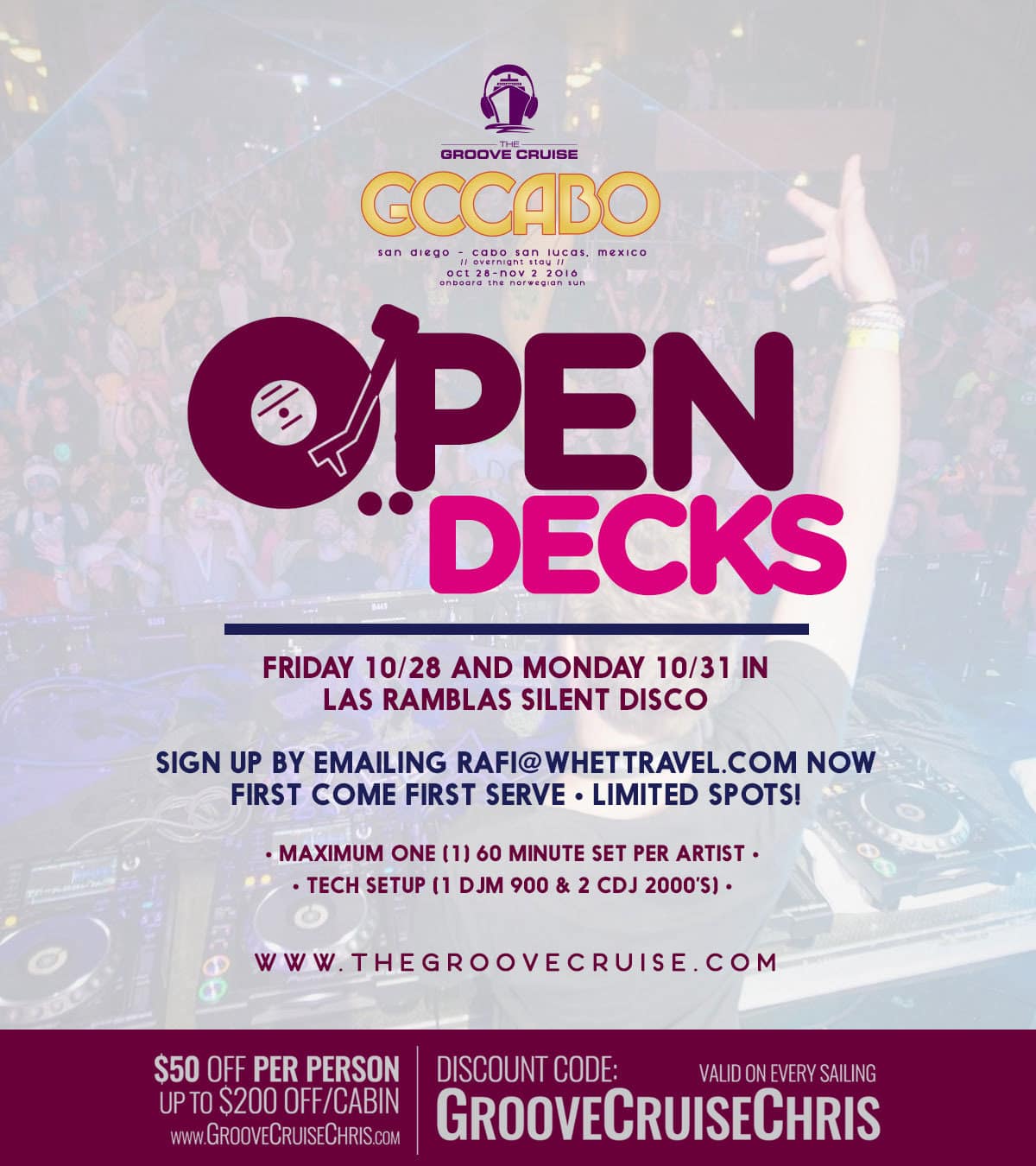 Getting a time slot at a world-class electronic music festival usually involves things such as being a huge superstar DJ. Groove Cruise Cabo 2016 will feature open decks on 2 nights to allow (almost) anyone to play aboard the ship.

You’ll have to email the Groove Cruise team so they can screen you, but assuming you’re not new to CDJs and you know how to throw a party, you should be able to secure a set time.

Open deck set times will take place on 10/28 and 10/31 in the Las Ramblas Silent Disco. I love silent discos, by the way.

GCCABO 2016 is sold out and about to sail, but you can still get a cabin on Groove Cruise Miami 2017. Use GrooveCruiseChris (How do I use this code?) for $50 off/person.

Are you heading to OZ to decompress? What do you think of the concept? 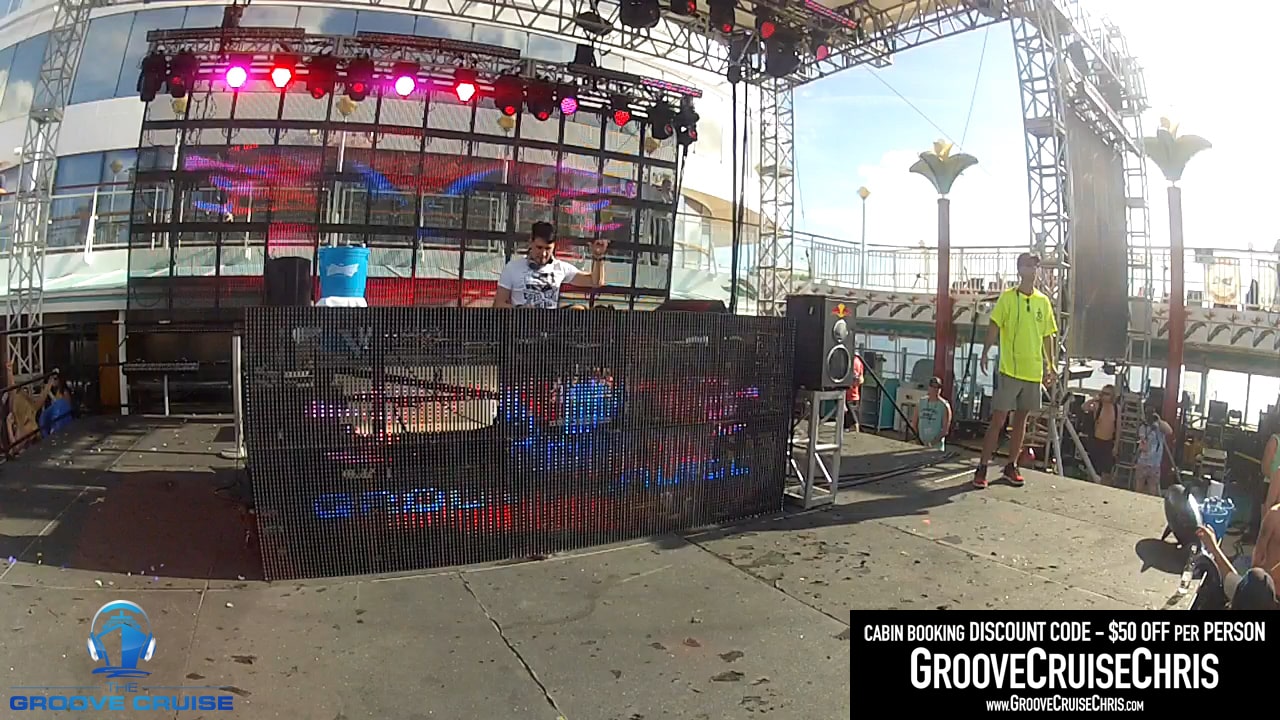