Home / Blog / What is Groove Cruise? 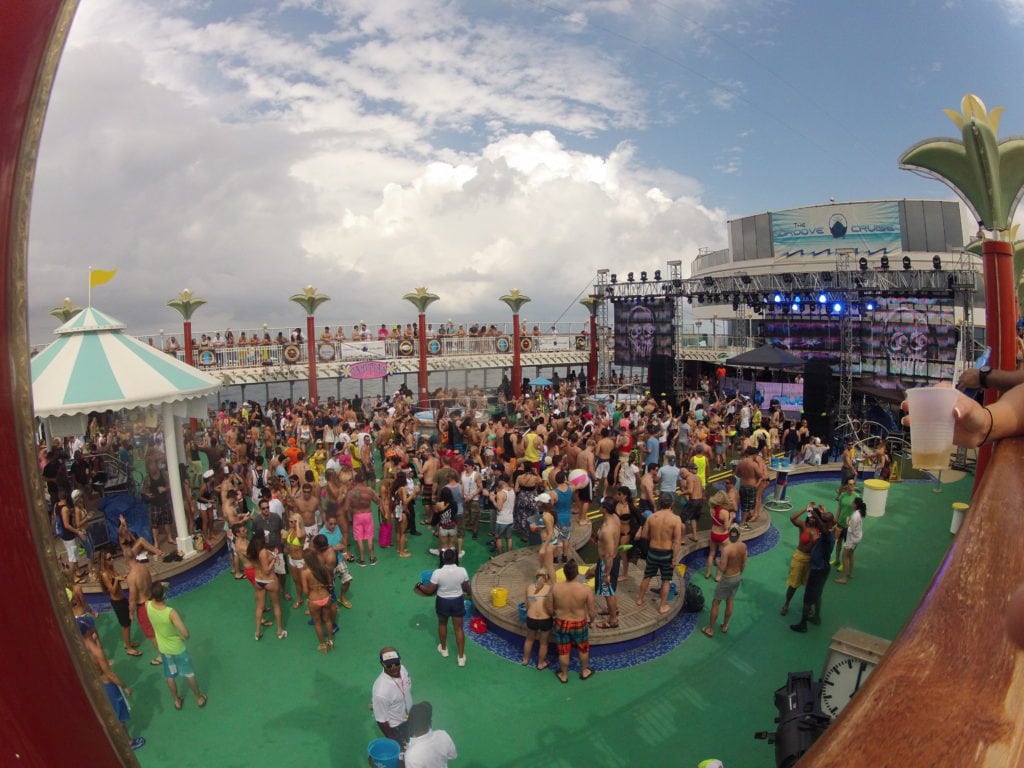 Let’s just get this out of the way – It is impossible to describe the Groove Cruise experience in words. It’s impossible even using the greatest photos or most highly produced aftermovies. But, I will try.

Literally, Groove Cruise is a music festival hosted on a cruise line with a private beach party. But, it is so much more than that.

It’s not a vacation or a rave or a music festival or a party. It’s all of those combined and then some.

Groove Cruise is the epitome of the “Eat-Sleep-Rave-Repeat” mantra.

Maybe not in that particular order, but those are basically your options – and that is OK with me. Ready to rage? Go ahead. There’s multiple stages at any given time. Hungry? Eat. Food is included and available 24/7. Tired? Head to your cabin and take a nap. I was informed early on that there is no sleeping on Groove Cruise, just naps. Don’t worry, there will be a party with DJs and your new Groove Cruise family waiting for you once you’ve recharged. Wake up and do it all over again.

It is incredibly unique in that you don’t leave. You just visit your cabin every now and then. It’s like time doesn’t matter, there are simply changes in the amount of light outside. The scale of the production is huge, yet everyone is so close – faces become familiar, a family is formed, you’re in it together. You don’t get that at other events.

Even if you think you’ve experienced it all from small underground-type raves to massive multi-day music festivals, Groove Cruise seems to take the best of everything, make it better, then put it on a boat with you and over 2500 of your friends…all while taking you to an exotic locale.

Groove Cruise is a journey to take, yet a destination in itself. It is an escape from life’s daily frustrations that no other electronic music production can replicate. It is an all encompassing experience that begins as soon as you reach the port and never ends, as it lives on in your memory long after you step foot on land again.

My official Groove Cruise Miami 2014 review series is up next!