Once again, SMF took over the North Lot of Raymond James Stadium and turned a typical Memorial Day weekend into an 2-day festival experience that keeps the festival season momentum going. My Sunset Music Festival 2017 aftermovie gives you a glimpse into how the Sunshine State gets down even in the midst of the Florida heat. I’m hoping this recap gets you pumped for next year.

I’m working on a more in-depth review of SMF Tampa 2017, but I’m getting ready for EDC Las Vegas and have grad school assignments I’m trying to work ahead on. That means my full Sunset Music Festival review will have to come a bit later.

The event, organized by Disco Donnie Presents and Sunset Events, returned to the North Lot of Raymond James Stadium over Memorial Day weekend. This was cool because I didn’t have to take any time off work, and I still had a recovery day after the event.

The iconic half circle main stage stepped up the production (not that SMF needed it, but it’s always cool to see bigger and/or better stages every year) and created an LED panel array and closely resembled…well…a sunset.

The other two stages (Eclipse and Horizon) introduced for the first time to SMF “360 degree production”. This basically meant that lighting display elements either reached out and around the crowd or back beyond the DJ giving a much better sense of depth. Stage and lighting production is one of my favorite parts of massive music festivals, so I appreciated the upgrades.

The layout and logistics were even improved over last year. Parking was expensive ($25/car per day), but getting in and out was quick and the security lines were fast. The layout of the festival grounds minimized any sound bleed that was present last year.

I had no issues getting water at any point during the event which is especially important in the Florida sun. The weather was perfect which was good because it meant no rain, but it was also super hot. The abundant water stations addressed this along with the new-for-2017 water misters. These cannon shaped devices basically provided a constant mist of water among the crowd and is something I hope to see at more day raves that take place in high heat environments. This misters also dampened the ground a bit which reduced the amount of dust kicked up.

The bass-heavy lineup delivered on all accounts, but you could definitely get your house fix among other genres at the Horizon stage. The vibes here were great and the artists scheduled here provided a nice break from the trap and dubstep featured primarily at the Sunset (main) and Eclipse stages. 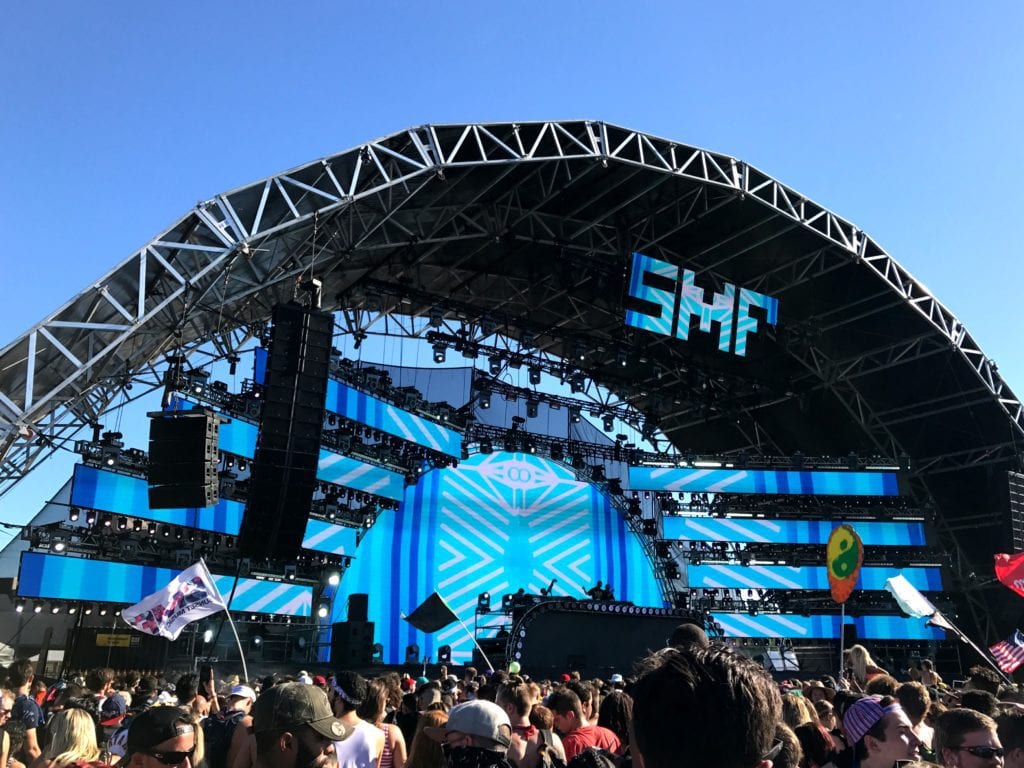 While the 2018 edition of this central Florida festival hasn’t been announced yet, I’m banking on the return of SMF next year. The following for this event has been growing and this year’s attendance confirms that.

If and when Sunset Music Festival 2018 information is announced, try and pick up your tickets during the early bird period for the lowest price. Also, get a discount on your tickets using my promo code, SMFRAVE.