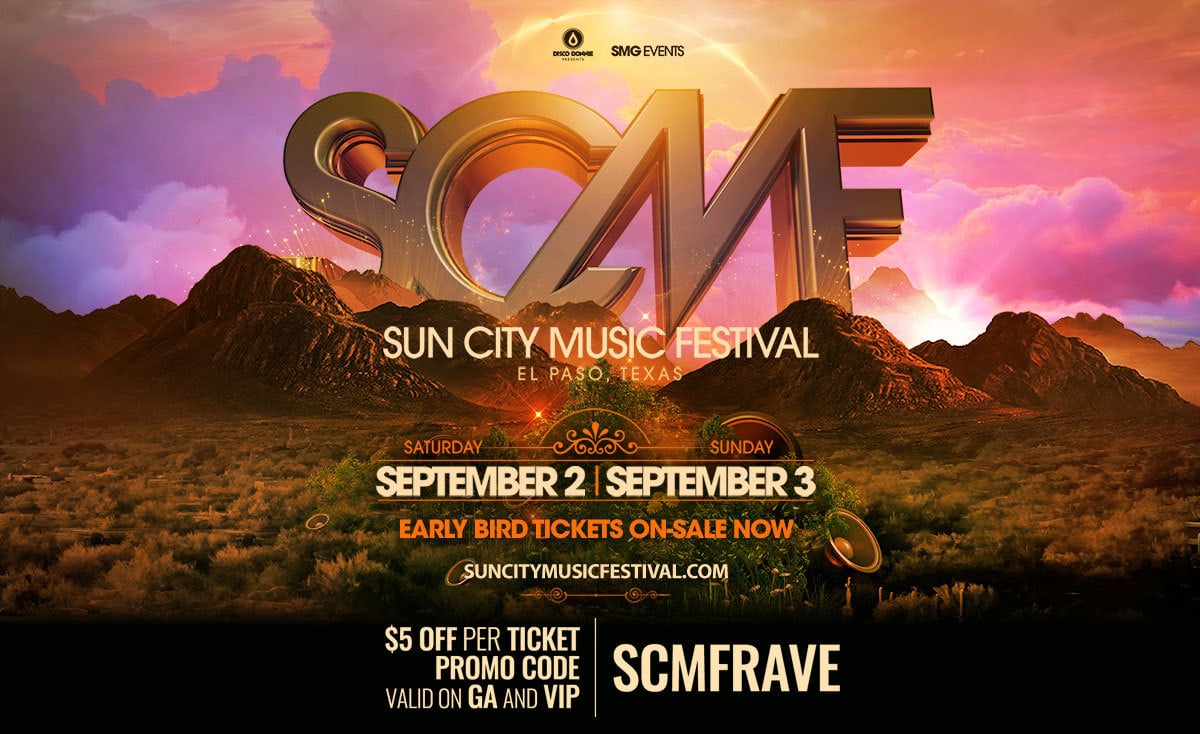 Returning to El Paso for the 7th year, SCMF 2017 is preparing to take over this Labor Day Weekend. Get ready, because Sun City Music Festival 2017 early bird tickets go on sale this Thursday, April 27, 2017, at 10am MT.

The two day event is slated to take place over Labor Day weekend. The exact dates are Saturday, September 2, and Sunday, September 3, 2017.

The venue has yet to be announced. Last year, the event was held at Ascarate Park.

Texas is a big state, and even though there are lots of festivals to attend in cities like Austin, Houston, and Dallas-Ft. Worth, El Paso has been raving for 6 years at their very own Sun City Music Festival. Back for its 7th year, SCMF is set to bring the best in the electronic music scene to El Paso.

The SCMF 2017 lineup will likely be released in the coming months, but the early bird window is the best time to purchase tickets. If history is any indication, Sun City Music Festival is going to combine a massive lineup with equally massive production for 2 days this September. Naturally, prices will go up over time, especially right before the lineup drops.

Get ready to party under the desert sky this September and grab your tickets as soon as they’re available. You’ll save money and have something to look forward to later this festival season.

When buying early bird tickets, be sure to use my promo code. By doing this, you’ll get the absolute lowest price that SCMF 2017 tickets will ever be. Even if you purchase after the early bird window, my promo code will still get you $5 off.

Save $5 on Tickets With My Promo Code: SCMFRAVE

Use SCMFRAVE when buying your Sun City Music Festival 2017 tickets to get $5 off. This is valid on both GA and VIP ticket types.

Check out the official website on April 27th, 2017, at 10:00 AM MT to buy your early bird tickets: https://suncitymusicfestival.com 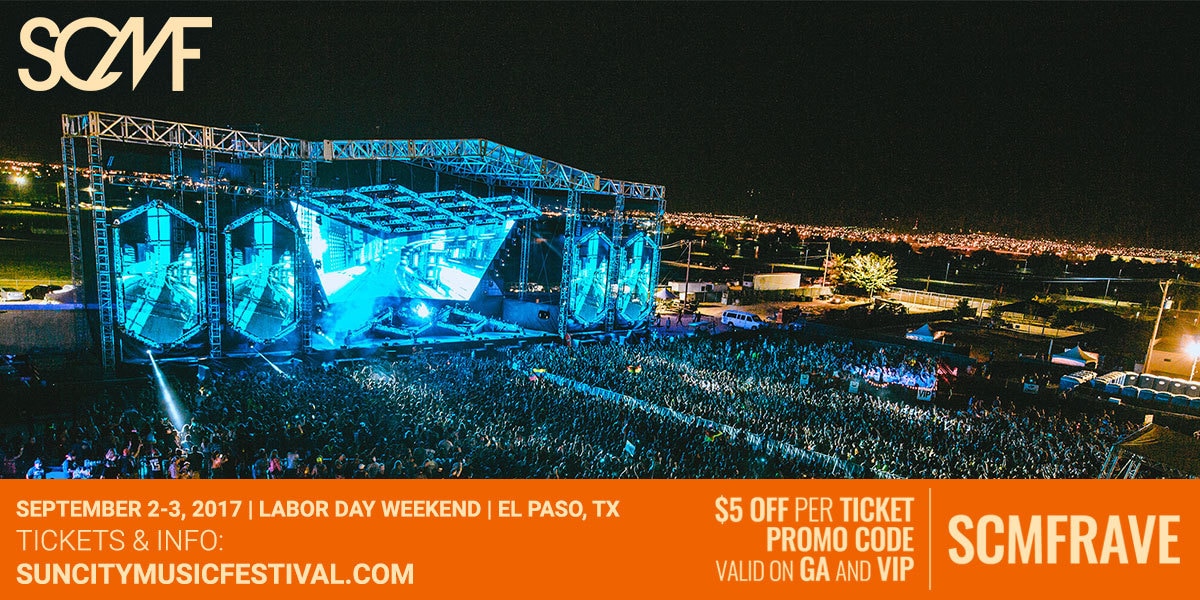