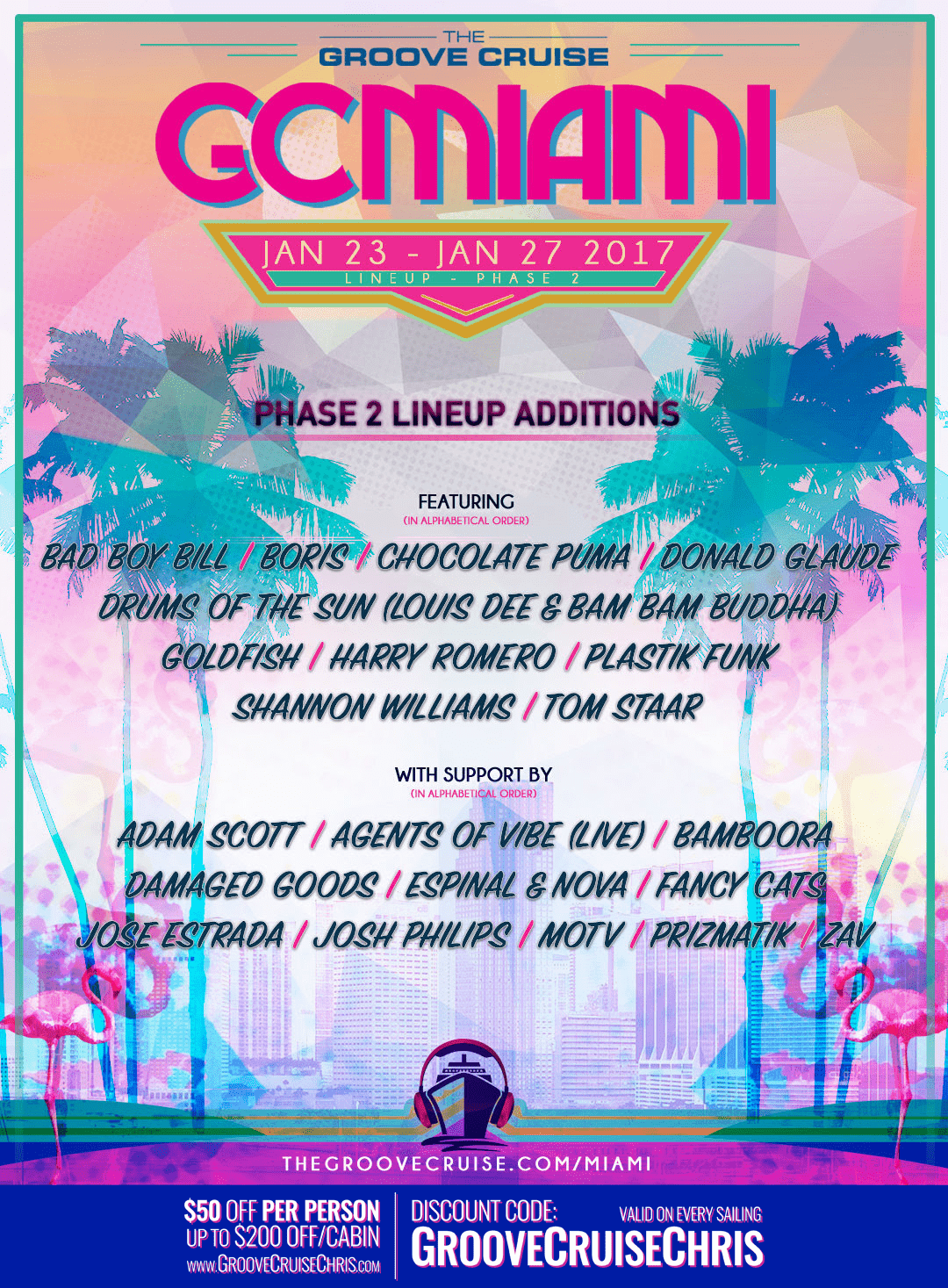 Whenever a festival releases a lineup and says “Phase 1”, it’s pretty safe to assume that more acts will be added to the roster. Groove Cruise Miami did just that and announced a phase 2 lineup for the event taking place in January.

Over 20 more performances have been added consisting of popular acts from the recent Groove Cruise Cabo sailing, as well as returning artists from even earlier events. In addition to these back-by-popular-demand artists, several new artists join the lineup.

Personally, I’m super excited for return appearances by Drums of the Sun, Goldfish, and Chocolate Puma.

Here are the additional acts added to the lineup. 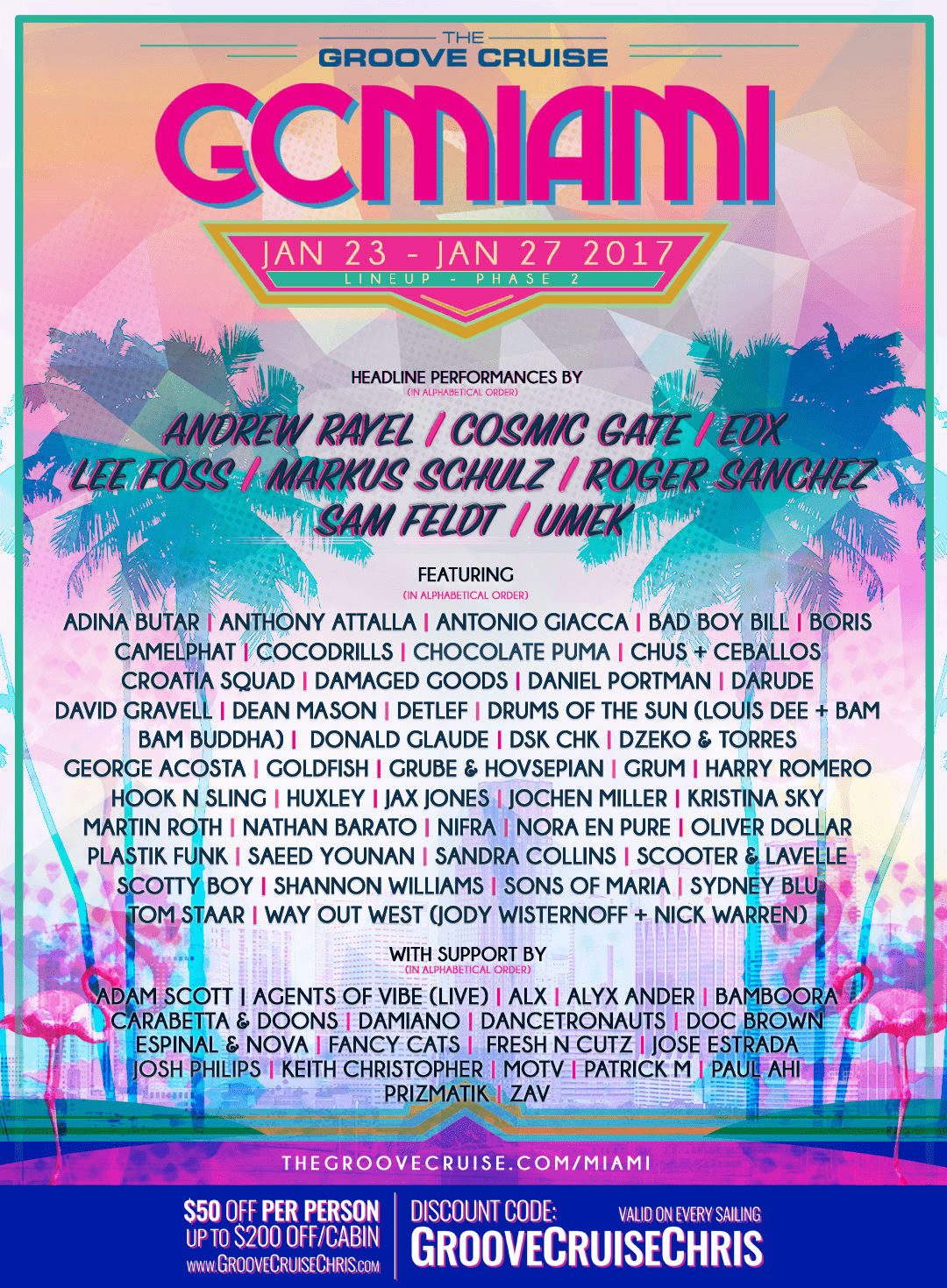 Who are you looking forward to from the list of additions to the GCMIA 2017 lineup? 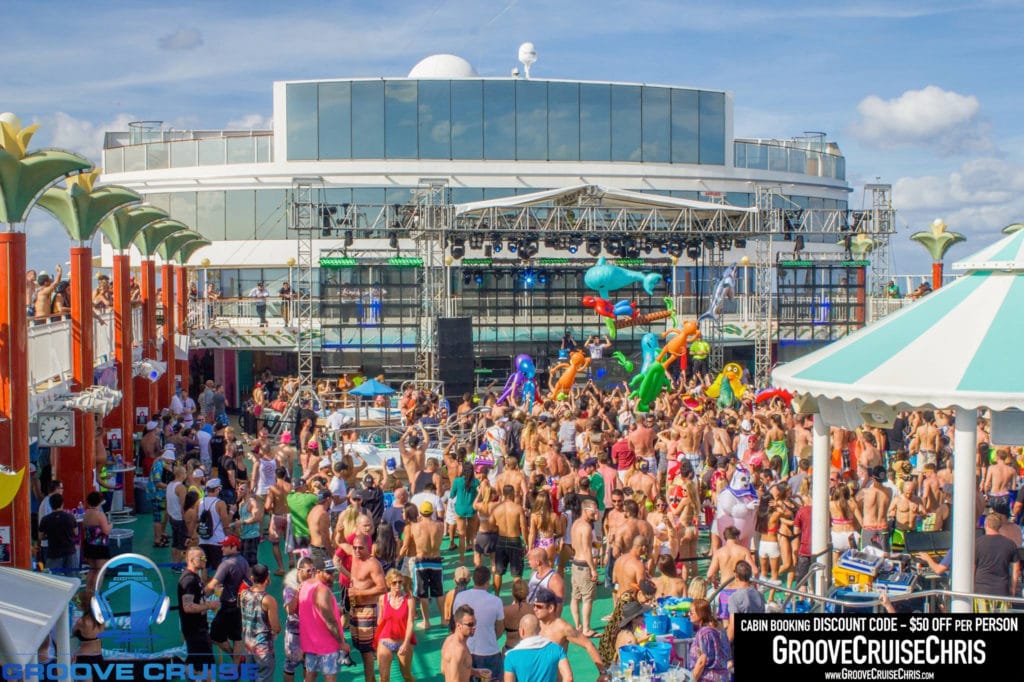