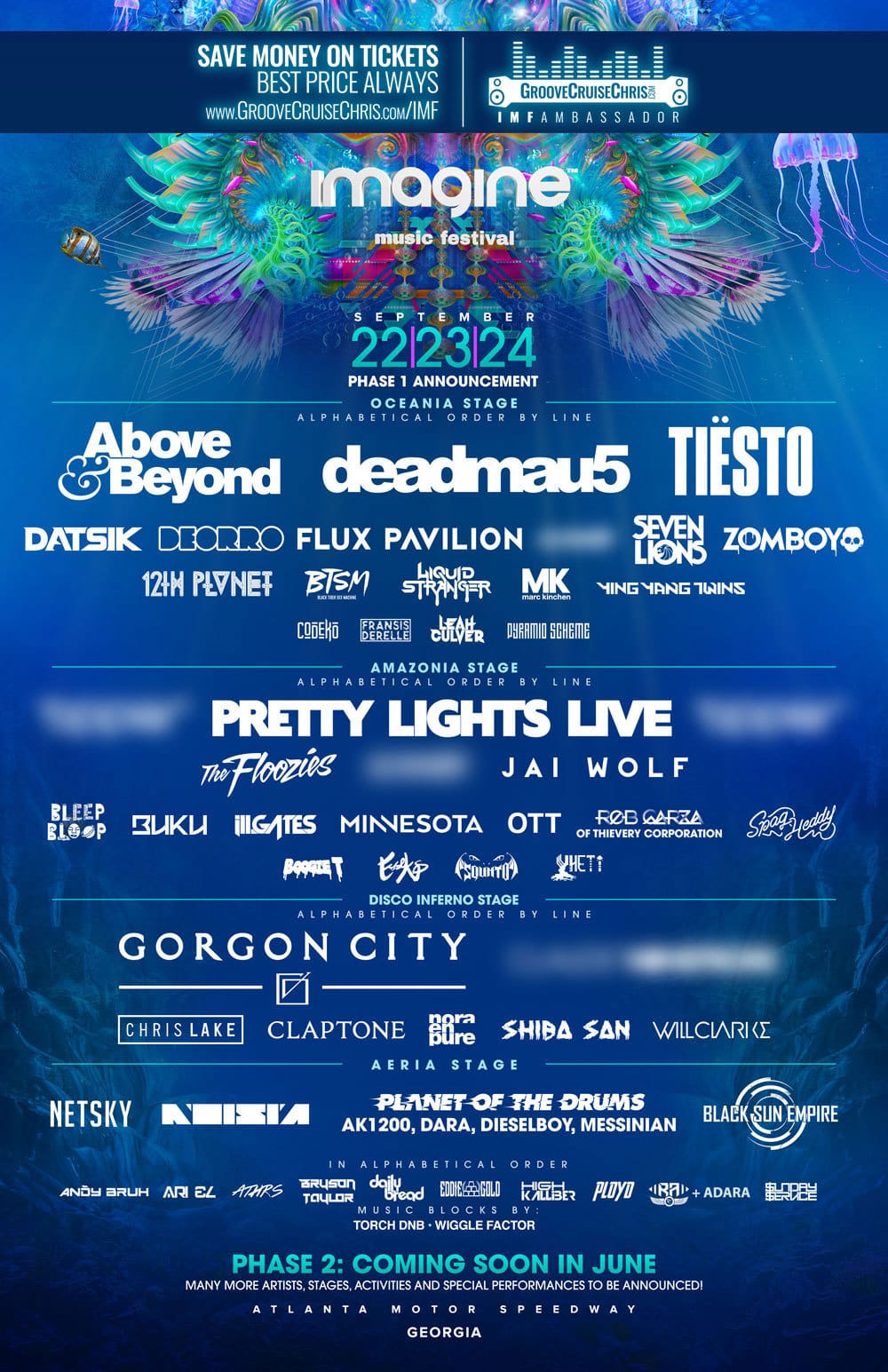 The phase 1 reveal of the Imagine Music Festival 2017 lineup features main stage headliners Above & Beyond, deadmau5, and Tiesto among others. Keep reading for the full phase 1 announcement below.

Imagine Music Festival returns in 2017. Held at the Atlanta Motor Speedway on September 22-23-24, 2017, the festival has established itself as one of the biggest electronic music festivals in the US.

Ticket prices just went up since artists have been revealed. However, as an IMF ambassador, I can get you the best price on IMF 2017 tickets always.

Let’s get to the phase 1 lineup.

Here are the artists announced in this reveal (in alphabetical order):

More artists will be added to the Imagine Music Festival 2017 lineup along with more stages, activities, and special performances.

As an IMF ambassador, I can get you the best possible price on IMF 2017 tickets. All you have to do is request tickets from me, and I’ll have the Imagine Festival Ambassador system send you an email with a purchase link.

With my ambassador pricing, you’re getting tickets for lower than the publicly available prices.