We’ve been spoiled this year. We received a headliner announcement before the Groove Cruise Miami 2015 cabins even went public. Just announced, New World Punx will aboard GCXi, Groove Cruise’s 11th sailing out of Miami! If you don’t know who New World Punx is, I’ll make it easy: New World Punx is a collaborative project consisting of 2 heavyweights on the scene, Ferry Corsten and Markus Schulz. 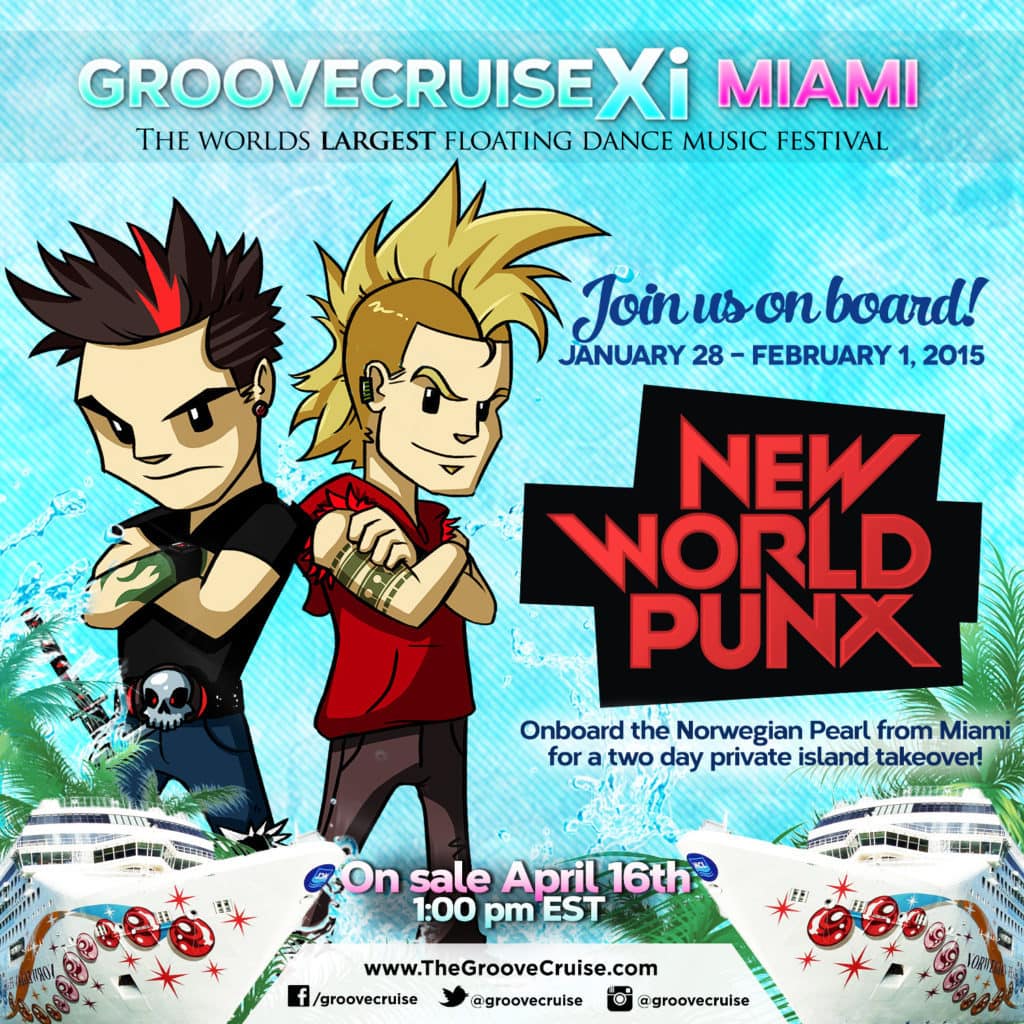 You can check out their SoundCloud here: https://soundcloud.com/newworldpunx

With that being said, I’m willing to bet that allow with their duo performance, we can reasonably expect the two to have individual set times scheduled as well. Markus Schulz has an extensive history with Groove Cruise from attempting to break the record for longest set at sea on GCLA 2013 to playing Blackjack against guests and playing a 6 hour set on his birthday on GCMIA 2014. Ferry Corsten has also graced past Groove Cruisers with his talent.

Between GCMIA 2015 taking place over 4 days including 2 days of private island beach parties and this surprise and very welcome headliner announcement, it is shaping up to be one of, if not, the biggest Groove Cruise yet.