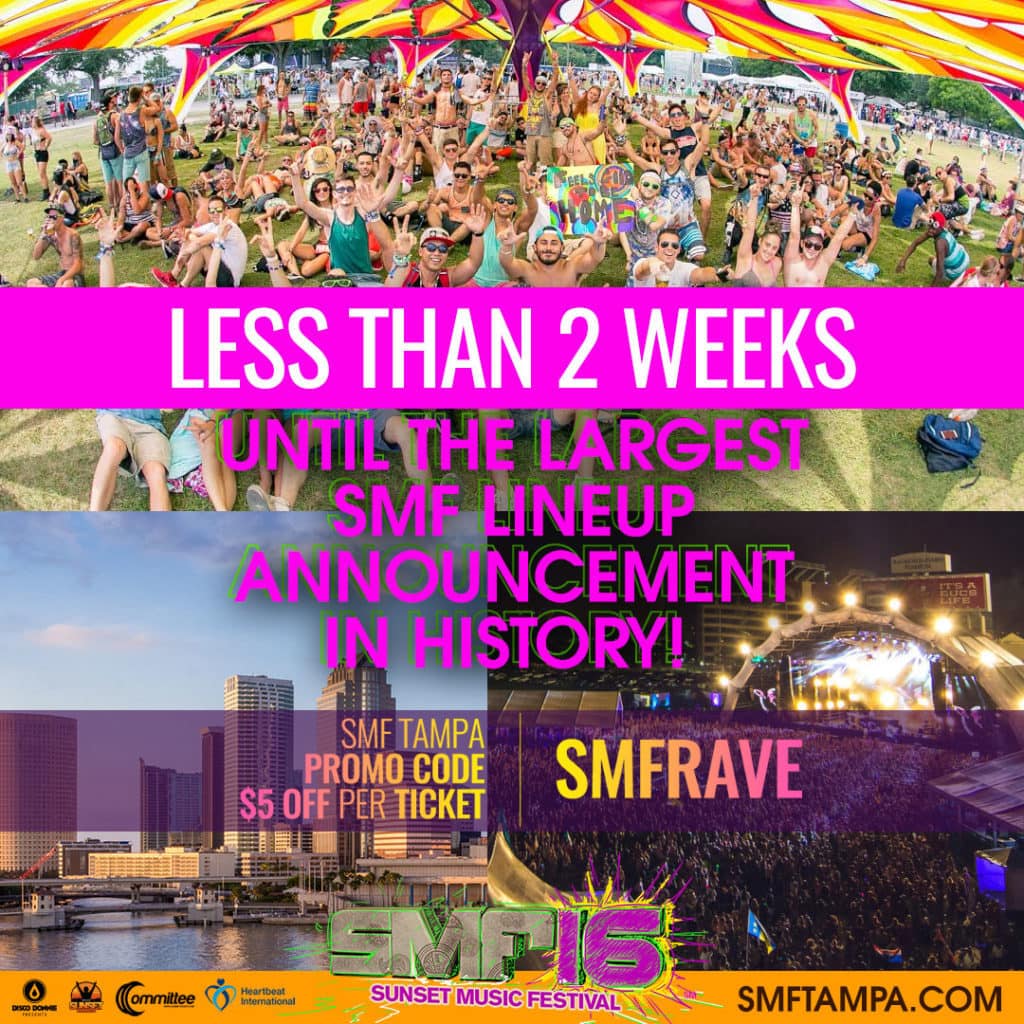 Despite losing an hour of sleep last night to the time change, that pushed us 1 hour closer to the imminent lineup reveal for SMF Tampa 2016 (#SMF16). We’re just 9 days away from the announcement is sure to blow minds as the largest Sunset Music Festival line in history is released.

*Note: This post contains a promo code for SMF Tampa 2016. If you’re looking for savings on Groove Cruise, use my discount code, GrooveCruiseChris (How do I use this code?), for $50 off/person.

Disco Donnie Presents claims that 2016 is going to be the largest lineup in SMF history. I’ve done some intensive research (read: Google Image search) and pulled up the SMF Tampa lineups from previous years.

Maybe we can use this to get an idea of just what DDP has up their sleeves for this year. Either way, mark your calendar for Tuesday, March 22, 2016, because that’s when the waiting game will be over and we’ll know exactly what acts will be making an appearance at Sunset Music Festival Tampa 2016.

Buy your tickets as soon as you can, because they only keep getting more expensive. You can use my promo code, SMFRAVE, when checking out to get $5 off per ticket (applies to 2-day GA and VIP).

To be announced March 22! 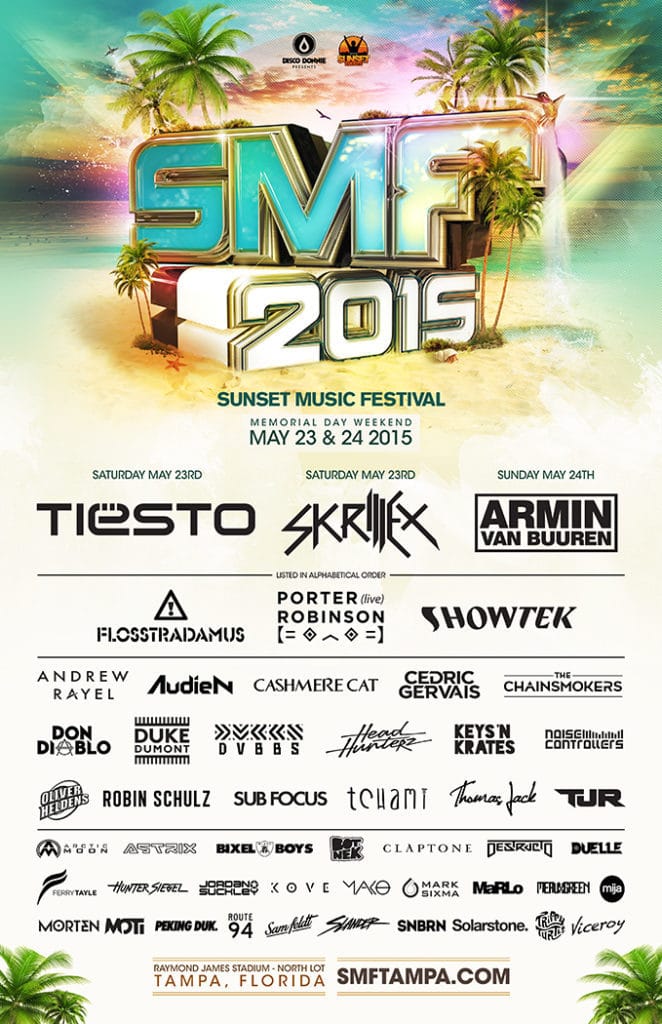 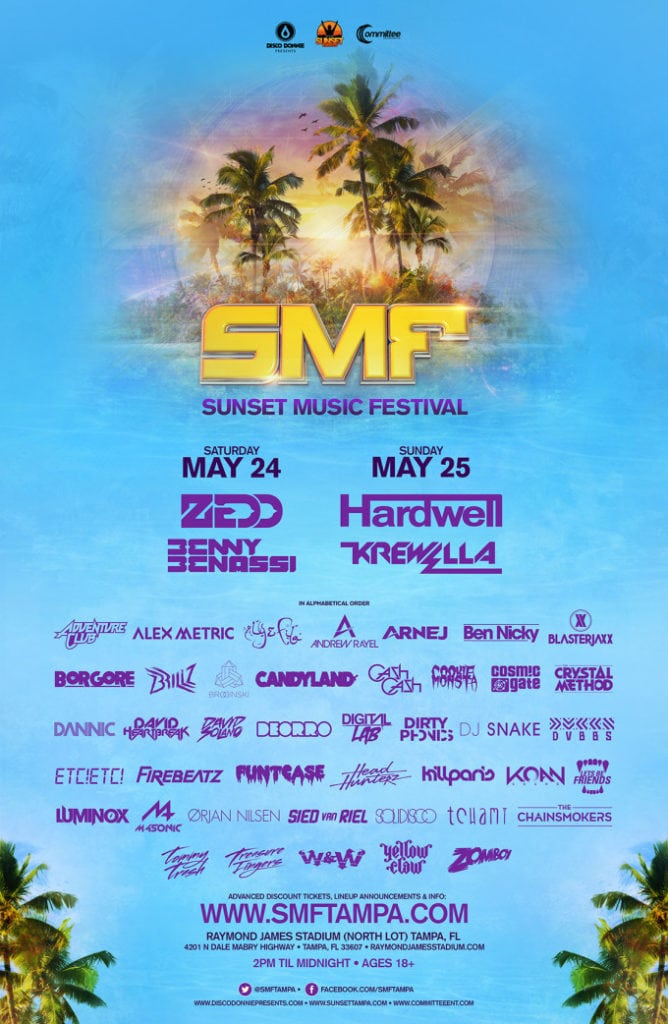 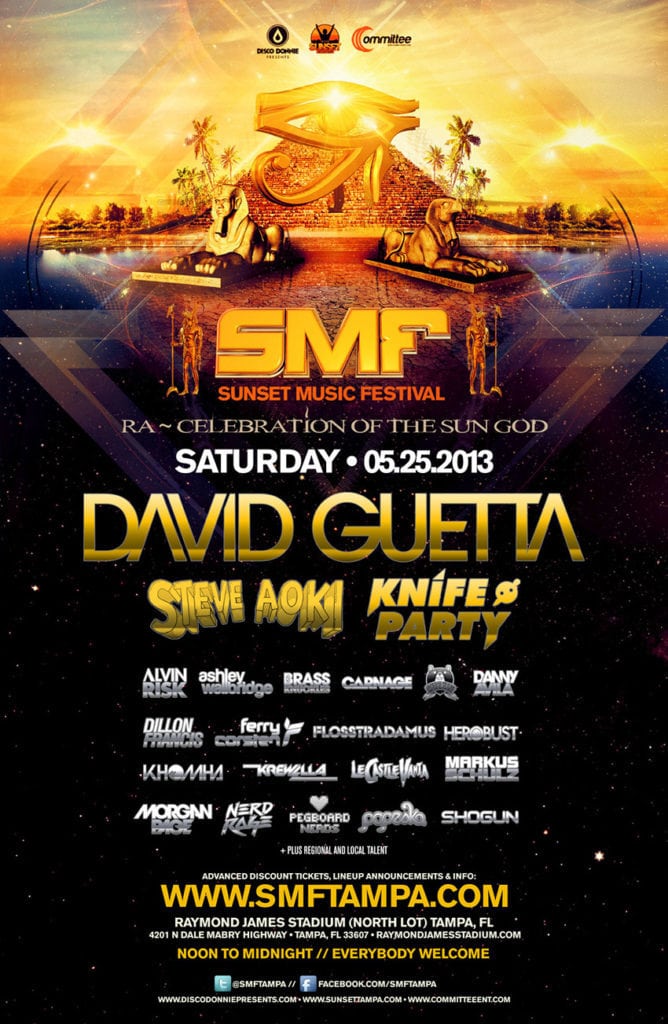 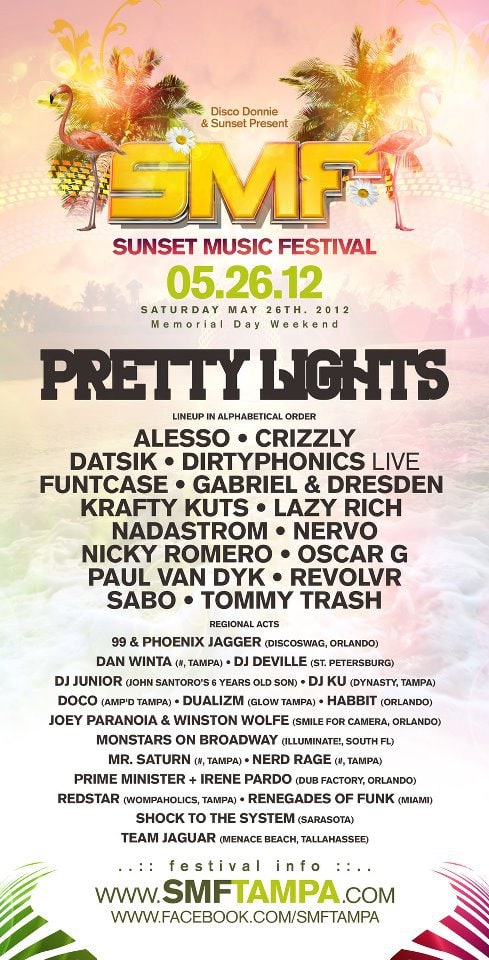