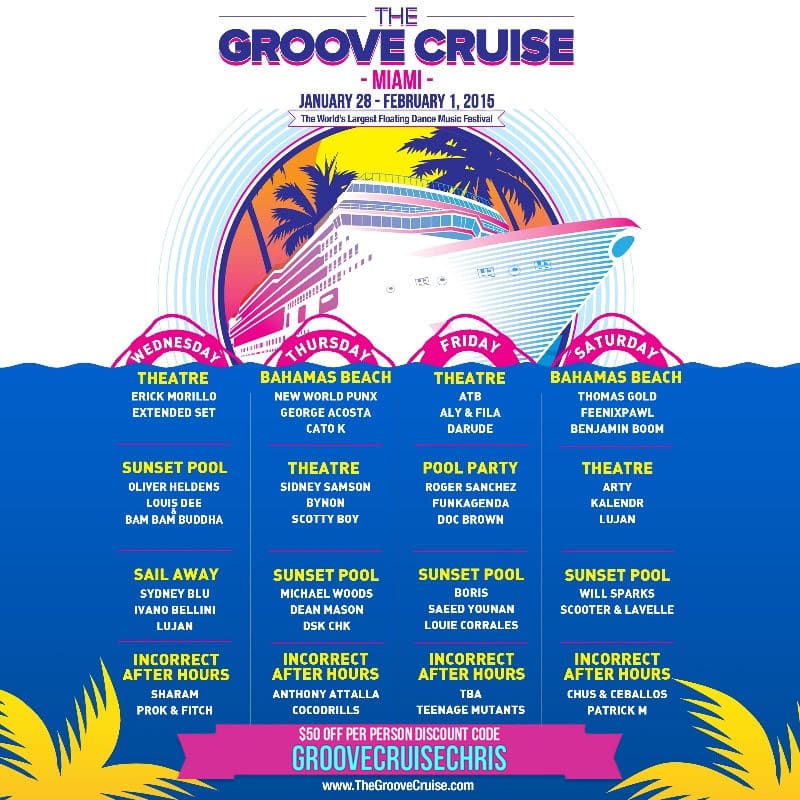 We’re about 11 weeks out from Groove Cruise Miami 2015, and the official lineup has been announced!

With over 40 artists scheduled to spin aboard the Norwegian Pearl early next year, GCMIA 2015 is putting a huge amount of talent onboard our 4-DAY journey to Fantasea Island, a private island experience in the Bahamas.

In addition to the new headliners announced for Groove Cruise Miami 2015, we can expect some popular talent to be returning as requested by us Groove Cruise veterans on our post-cruise surveys!

Book your cabin NOW to secure your place aboard this ship – cabins are going fast. Book now, and save an extra $50/person (up to $200 per cabin!) by using my discount code, GrooveCruiseChris! (How do I use this code?)