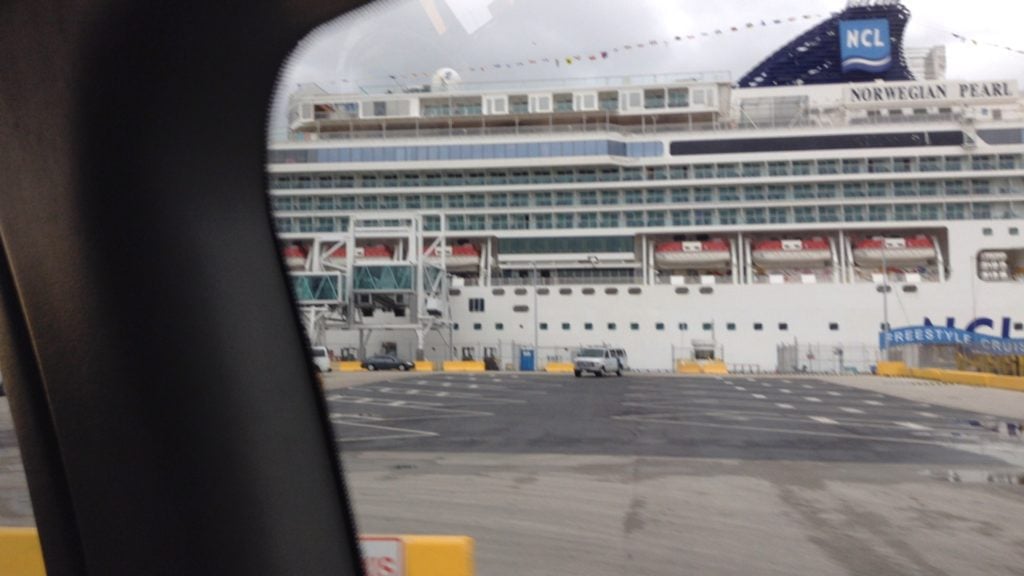 “You don’t sleep on Groove Cruise,” another passenger in our taxi joked, “you only take naps.” We laughed, not realizing how true it was. My girlfriend and I were sharing a cab with a couple of experienced Groove Cruisers and one other newbie, like ourselves. We were on our way from a parking garage nestled in downtown Miami to the cruise port where we about to embark on an incredibly unique party experience.

Groove Cruise is one of those experiences that you simply cannot fully prepare for. We had known about the event for years and I booked a full 8 months before sailing. I was ready, or so I thought. I knew the following: it was a fully chartered cruise ship that would be pumping house music and taking us to a private beach party in Mexico. That’s all I needed to know, but oh, what an understatement that is.

Our driver drops us off at the port with our bags. I’ve been on cruises before. I’ve even been to Cozumel, our destination, before. So, I’m familiar with this whole embarkation process. I’m thinking, “Great, we’re here. Now, we just have to get aboard and the party begins!”. Nope, the other Groove Cruise attendees have beat me to the punch arriving to the port absolutely ready to rave. I’m talking furry leg warmers, costumes, hula hoops, and all. I should mention that our taxi buddies were dressed as minions from Despicable Me. I can only imagine what the guests from other cruises embarking that day were thinking when they saw us. Yes, “us”. There is an instant sense of community among Groove Cruisers. It’s pretty awesome.

We gave our bags to the porter and proceeded to the security checkpoint. Security kept this place fairly unexciting as they always do, but it was interesting to see guests placing entire DJ setups through the screener. Why would people bring their own equipment to what is essentially a floating music festival? I didn’t know either, but I found out. It’s because there is no such thing as a shortage of music on this cruise. These DJs set up in their cabins for their roommates and guests. Suddenly, my little bluetooth speaker I brought to keep the music going while we were in our cabin seemed inferior in so many ways. 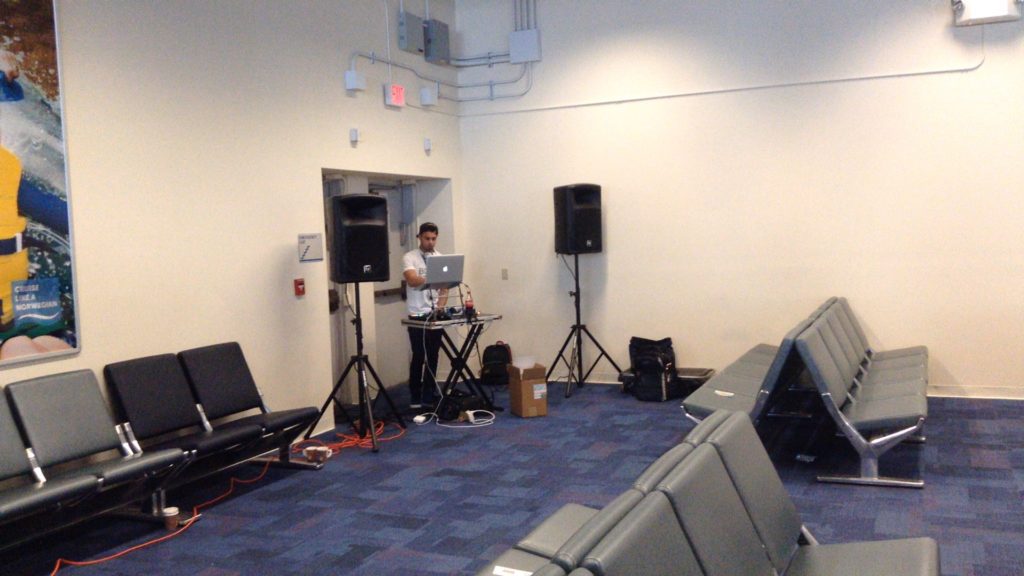 After getting through security, I gave the check-in people my credit card for our onboard account, which was about to take a pummeling of drink charges. We were now on our way to the waiting area to board the ship, finally. As we got closer, the beats got louder. The beats from the boat? No. These sounds were coming from the DJ who was set up in the waiting area. A DJ. In the waiting area! It was great. We arrived early to port, so less than 10 minutes later, we were given the OK to begin boarding.

So far, we’ve shared a cab with Despicable Me minions, seen other guests flood a cruise port dressed in their best rave gear, watched people carry-on their own DJ equipment to an already stacked music festival, and had a DJ turn a usually boring pre-cruise wait into a party before the party. And we haven’t even boarded the ship.

This post is part of my Groove Cruise Miami 2014 Review series. Here’s the full list of posts in the series:

Pictures from top to bottom:
View of the Norwegian Pearl, our ship, while pulling into port.
The DJ set up in the waiting area.

Part 2 of my Groove Cruise Miami 2014 Review series coming up next!