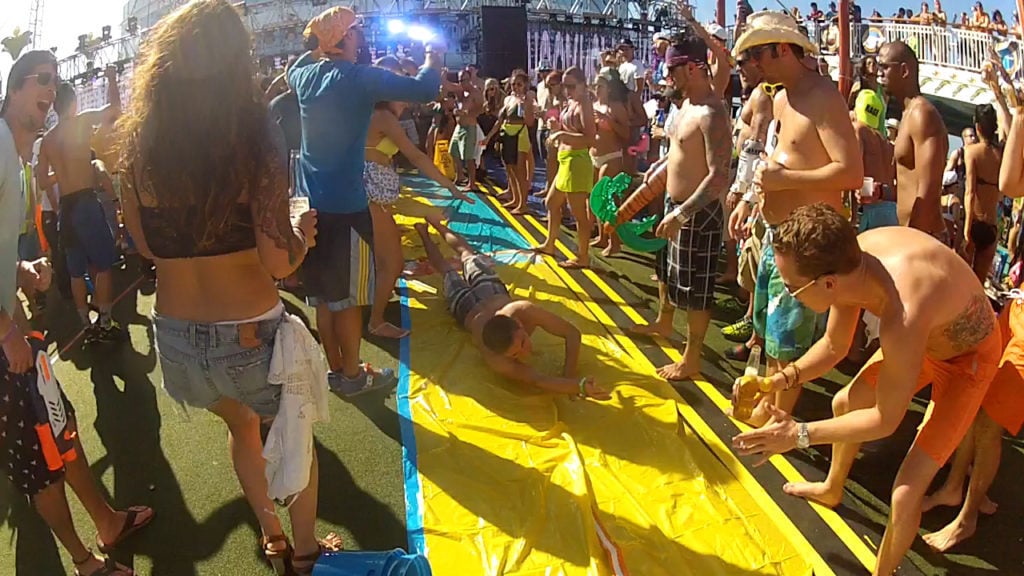 As soon as I wake up, it hits me. On previous Groove Cruises, today would be the last day – disembarkation. Not on Groove Cruise 2014, though! In response to the overwhelming feedback from past Groove Cruises, an extra day has been added to Groove Cruise 2014. I just want to say thank you to everyone who has spoken up in the past giving me this opportunity to have an extra day aboard the world’s best party. I could definitely see why this is a top request. I wasn’t ready to leave. 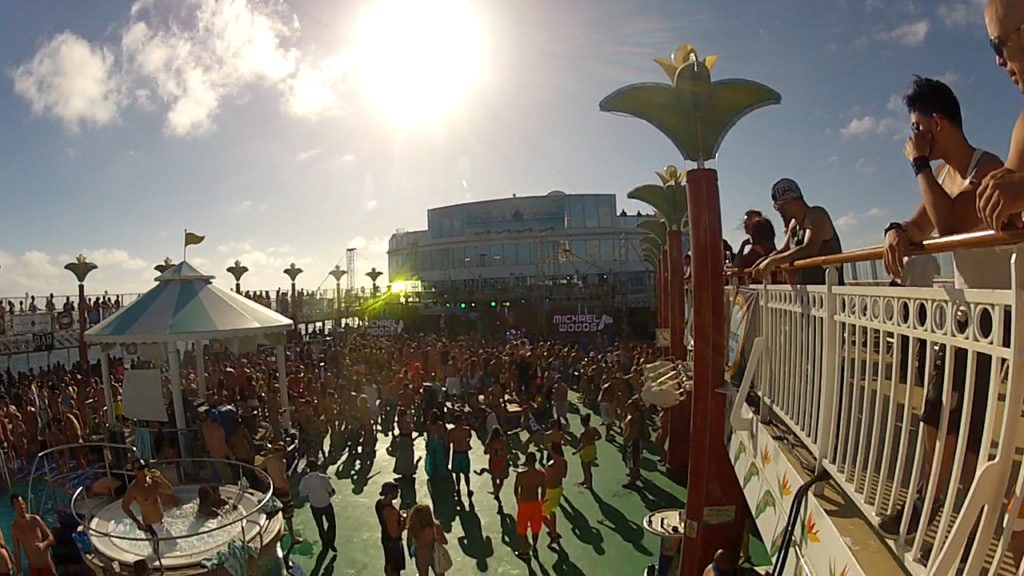 Day 4 provided us with the same beautiful weather as the day before in Mexico. We were about to have a full day at sea with perfect weather. It became clear early on that the Groove Cruise attendees were absolutely not going to waste the extra day they worked so hard to get. Coincidentally, day 4 was also the same day as the Super Bowl. I’m not a sports fan, but I know many people are, and today would be a day they would party hard on anyways. For them, it’s icing on the cake. Between today being the highly requested “extra day”, the weather being perfect, and the Super Bowl taking place, day 4 was shaping up to as wild as the others. 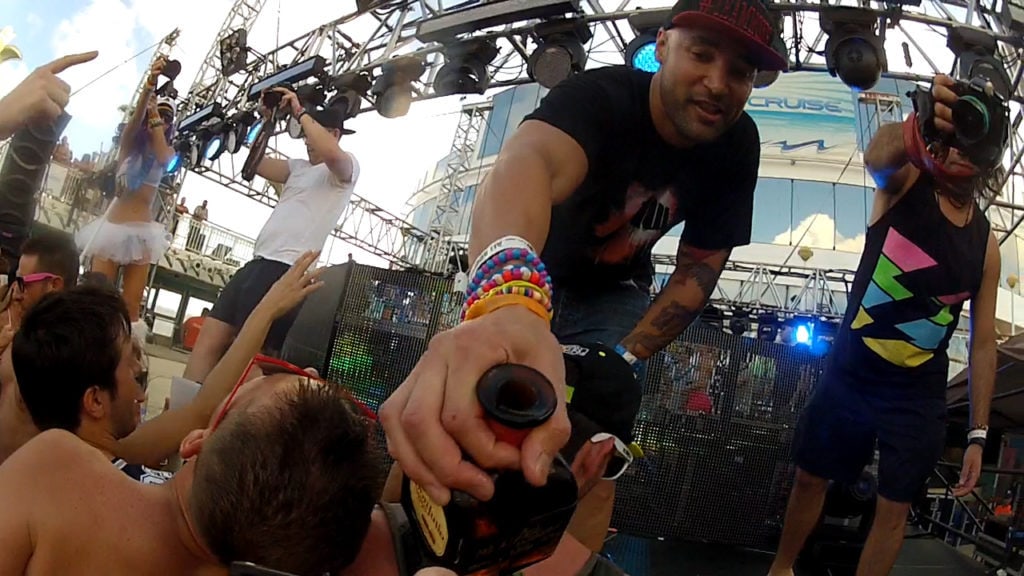 What do Slip’N Slides, Super Soakers, and Don Julio have in common? They could all be found at the pool stage today doing exactly what you think they would be doing, increasing the levels of fun. Apparently, knowing that today was the last day the pool stage would have sets scheduled made everyone go extra hard to make the most of it. I watched as bottle after bottle of champagne were sprayed into the air. It was time for a new artist to come on and I recognize his shirt. I had breakfast next to this guy just this morning – another one of those incidental encounters with the artists on Groove Cruise. The bass is bumping, the crowd is jumping, and then the DJ comes out from the behind the decks to show some love to the audience in the form of free shots of Don Julio…poured directly off the stage from the bottle into people’s mouths! 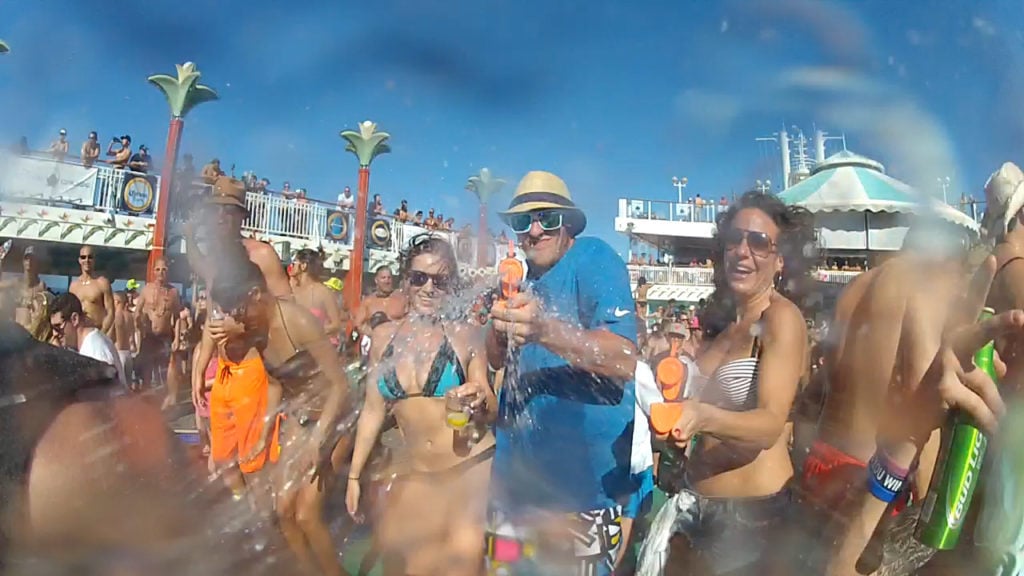 Someone brought Super Soakers, and what an excellent idea that was. Usually, people get upset if they get wet at a music event. Not on Groove Cruise. Everyone was loving it. Bottles were popping, Super Soakers were soaking, and then I saw it out of the corner of my eye as I walked by center stage – a Slip’N Slide! 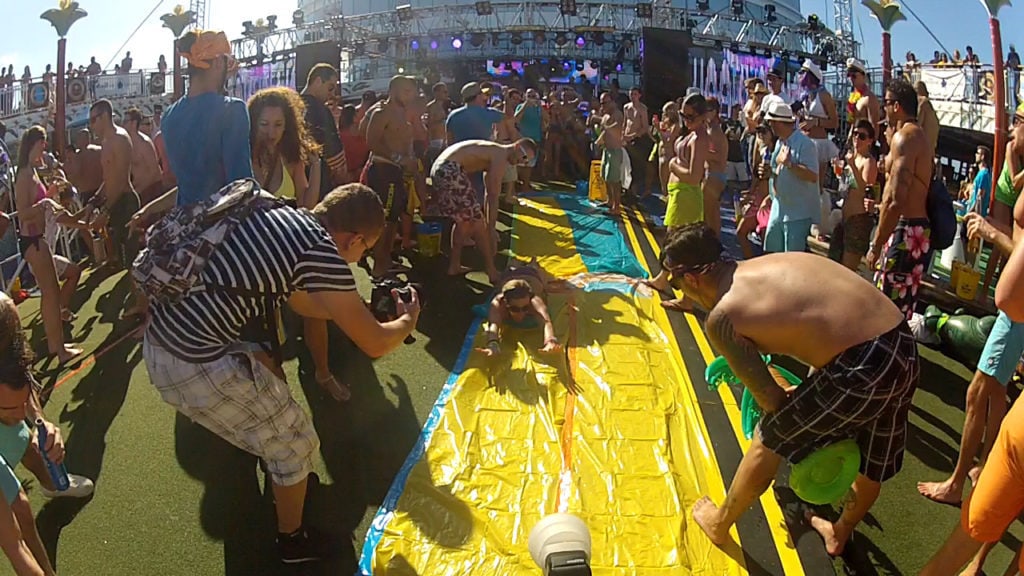 Naturally, I turn my GoPro on and I’m ready to capture the craziness that was about to ensue. The Slip’N Slide spanned from the front of the stage to the back of the covered pool area. I’m on a ship in the middle of the Gulf of Mexico, the pool area has a huge stage blasting house music, and there’s a Slip’N Slide running right down the middle of the dance area! Never would I ever have imagined such an incredible combination. Buckets of water are being dumped to keep the surface slippery, party-goer after party-goer are slipping and sliding, and everyone is cheering. I now vote that every outdoor EDM event include a Slip’N Slide.

Our sleep schedule kicks in again and we pass out sometime after sunset just to wake up at some late hour. I vow to pace myself better next Groove Cruise. Fortunately, like the nights before this, there is a party somewhere and tonight’s theme is “Fantasea”, so we get dressed. I’m in a Neptune costume and my girlfriend is what I’m calling a “rave fairy”. In fact, there were many “rave fairies” this evening. I know this because I was subjected to an onslaught of fairy wings wherever I walked. Note to anyone deciding to wear fairy wings as part of their costume: please understand there is a glitter covered weapon attached to your back and walk accordingly. 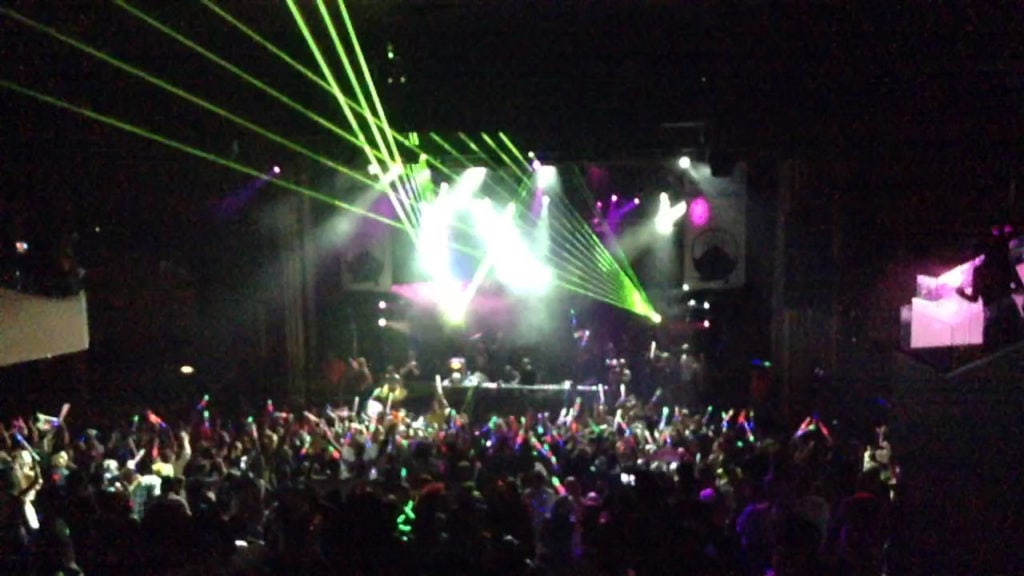 The theater is hosting an epic 6-hour set by a Groove Cruise favorite, so we make sure to stop by. So does everyone else apparently, because this place is full of people. The energy is crazy, the lasers are doing their thing, and I guess there were a bunch of LED foam sticks distributed because they are everywhere. The build ups were tense, the drops were huge, and the energy was on an entirely new level, which was appropriate for a set on the final night of this adventure.

My review of the final day of Groove Cruise is up next!