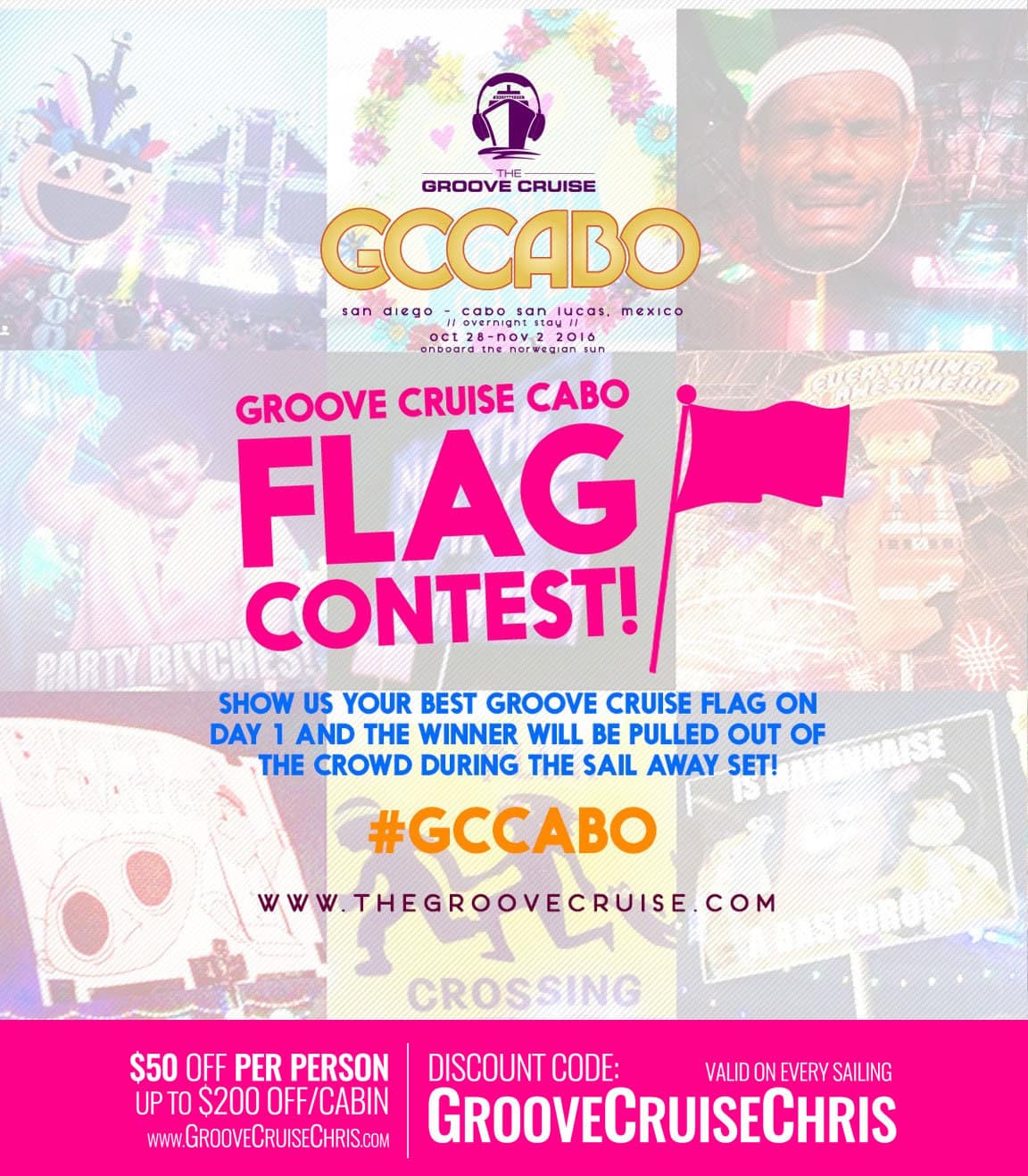 On past Groove Cruise sailings before a couple of years ago, there used to be door decorating contests. The GCFAM would bust out their creative sides and walking down the halls to and from your cabin would be an exercise in trying not to get distracted by looking at all the door decorations.

Due to safety reasons, the cruise lines put an end to the door decorating fun because having all that material in the hallway poses a fire risk. I’m OK with that. I don’t want my ship to catch on fire.

To keep the creative energy flowing, Groove Cruise has just announced that there will be a flag contest aboard Groove Cruise Cabo 2016.

The idea is simple – create an awesome, creative flag.

If you’ve been exposed to the scene at all in the past couple of years, you’re likely to have seen the totems at land-based festivals. They range from memes printed off the internet to elaborate LED-lined displays of raver engineering.

For this contest, the idea is to take the creativity you’d put into making a totem, and make a flag.

Why not a totem? Norwegian Cruise Line isn’t cool with a bunch of pointy poles flying around. You can do and bring A LOT on Groove Cruise that you can’t at land-based festivals, so I’m OK with some safety restrictions here and there. For what it’s worth, these are the same rules that typical cruisers are subject to. Try and bring a totem on a regular cruise, and you’ll get stopped there, too.

Anyways, I’m excited to see what everyone puts together. 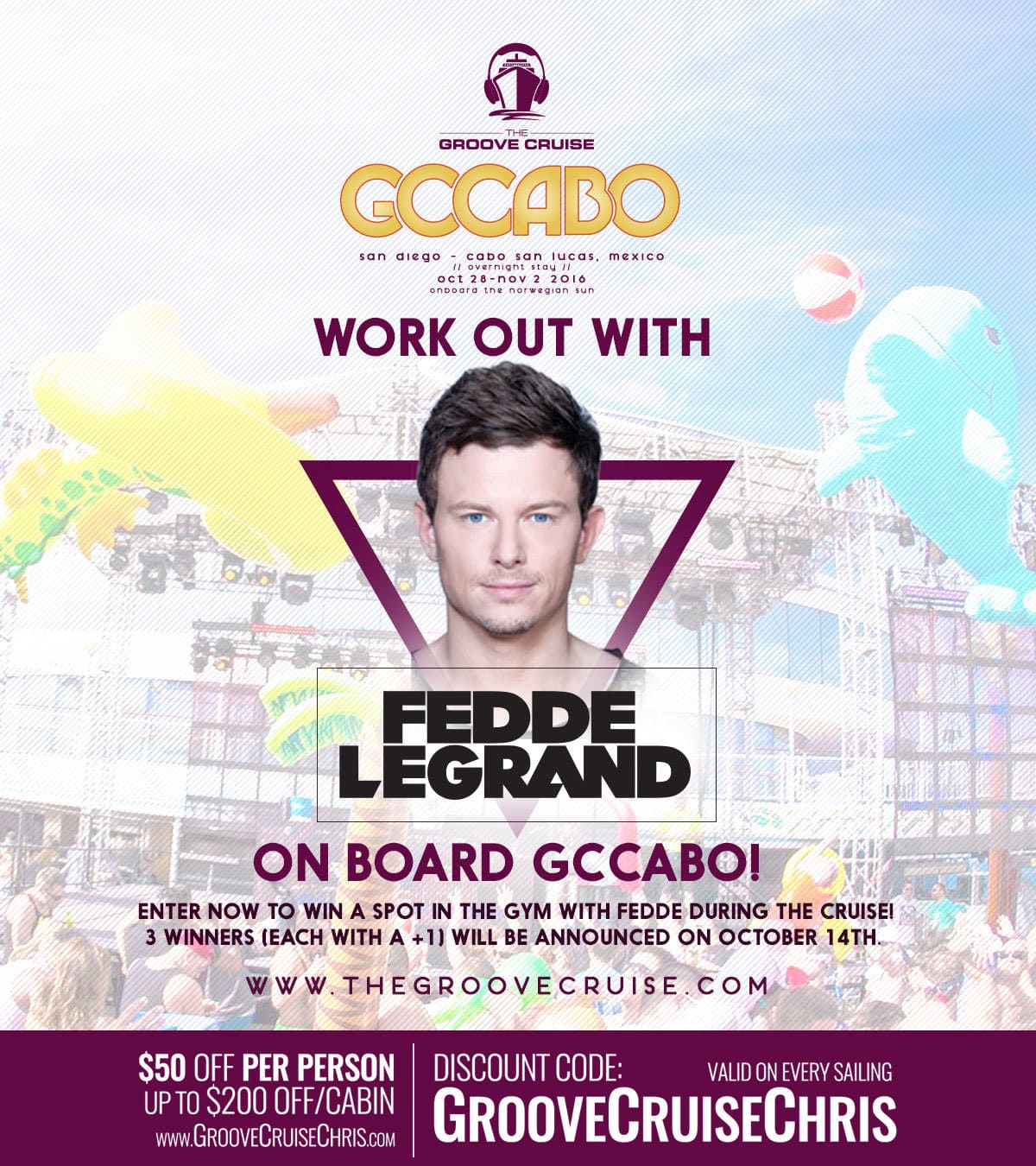 How special? Well, they get a private 30 minute workout with Fedde Le Grand, himself.

What did you do this weekend? Oh nothing, just worked out with Fedde Le Grand.

This might come as a surprise to those less familiar with this rave at sea, but you lose mobile reception real fast.

Despite the thought of not being able to share every minute of your adventure with your faithful audience, it’s actually a really special occurrence. If you pay attention, you can really see the dynamic on the ship change once we leave the coverage area.

Technology is still at our fingertips with the Norwegian iConcierge app.

The app is available on the iOS App Store and Google Play.

GCFAM aboard the Norwegian Sun will be able to:

It’s helpful if you have a lot of people with you and want to be able to keep in touch. It’s helpful for connecting with new friends while you’re aboard the ship. How else will you know that an epic cabin party just started at the back of the ship 3 decks down?

Care to share your ideas for the flag contest? Or are you keeping it a secret? 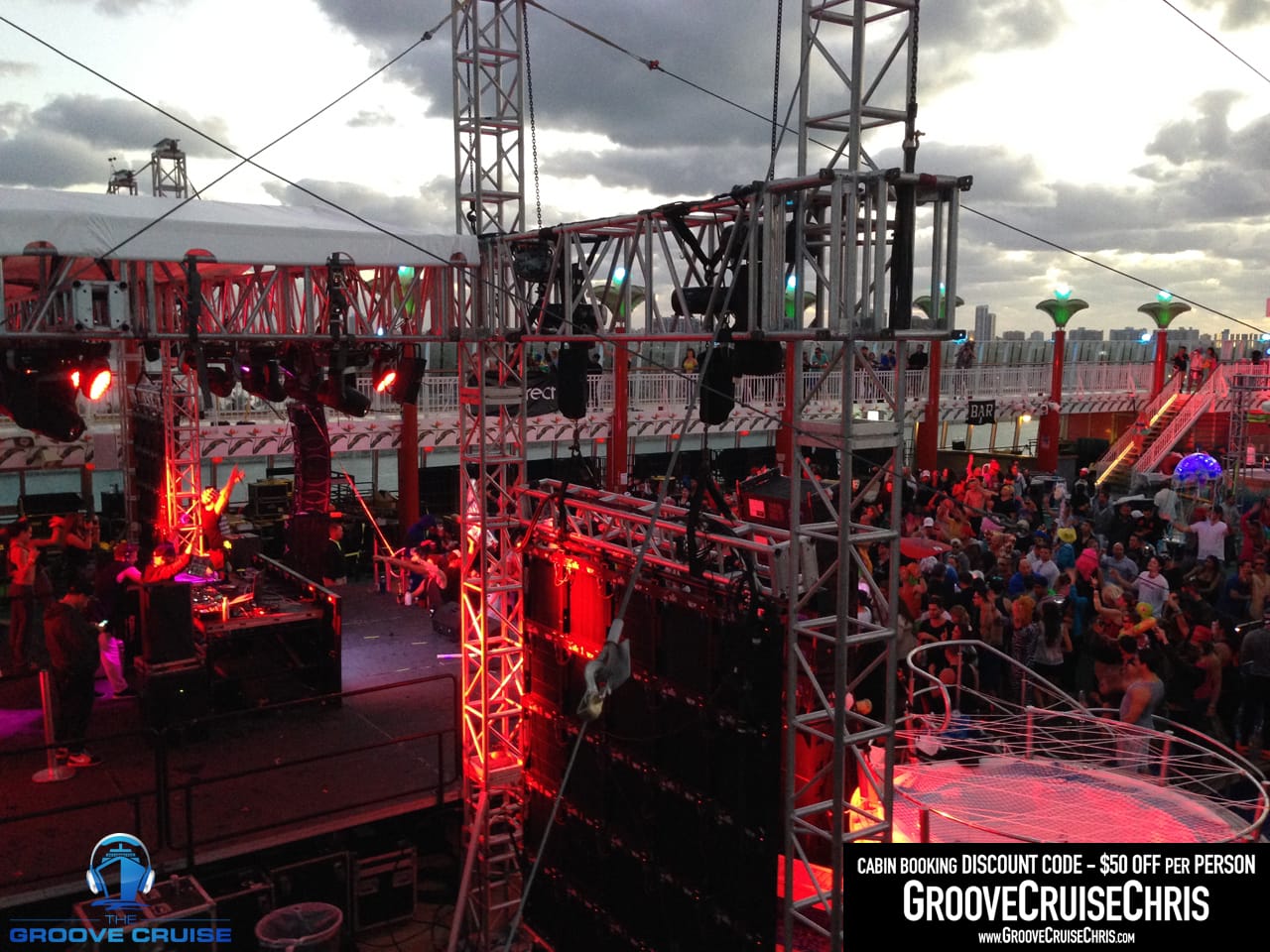