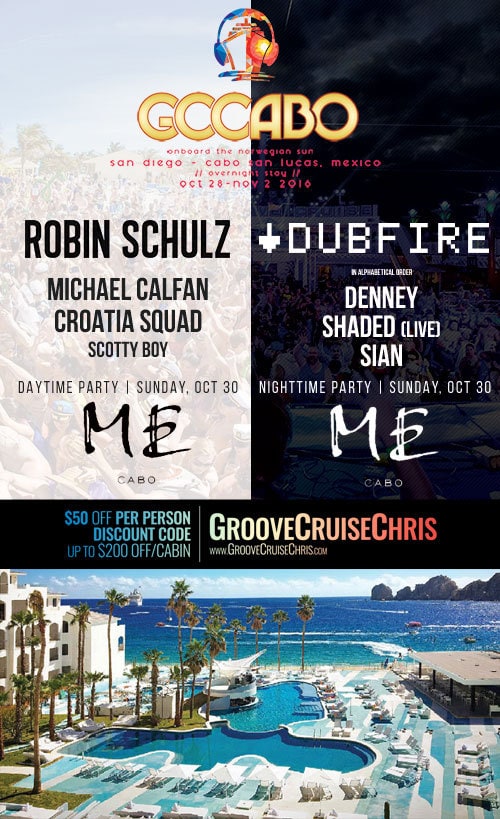 As anticipation builds for GCCABO and the remaining handful of cabins wait to be scooped up, Groove Cruise has been releasing lots of event info to whet our appetites.

Recently, the venue was revealed for the onshore pool and beach party in Cabo San Lucas, Mexico – the ME Cabo.

One thing has been a mystery until now, and that was the special guest that had yet to be announced for the pool party at the ME Cabo.

That special guest is Dubfire.

Dubfire, also known for being part of the successful Deep Dish act, will be headlining the evening party at the luxury resort.

Dubfire brings the techno and tech house heat and can frequently be found playing sets at Ibiza hotspots.

Check out his set from Ultra Music Festival Miami 2016:

And his set from TomorrowLand 2015:

There are Less Than 50 Cabins Left

I cannot stress enough to book your cabin now if you want to rave on a cruise ship to Mexico this Halloween weekend. If not, I guess you can do something else…but it won’t be raving on a cruise ship, then partying with Dubfire at a luxury beach resort in Mexico.

FYI, there are only oceanviews and balconies left (first world problems).

Prevent the inevitable FOMO and book your cabin now and use my discount code to save an easy $50/person.