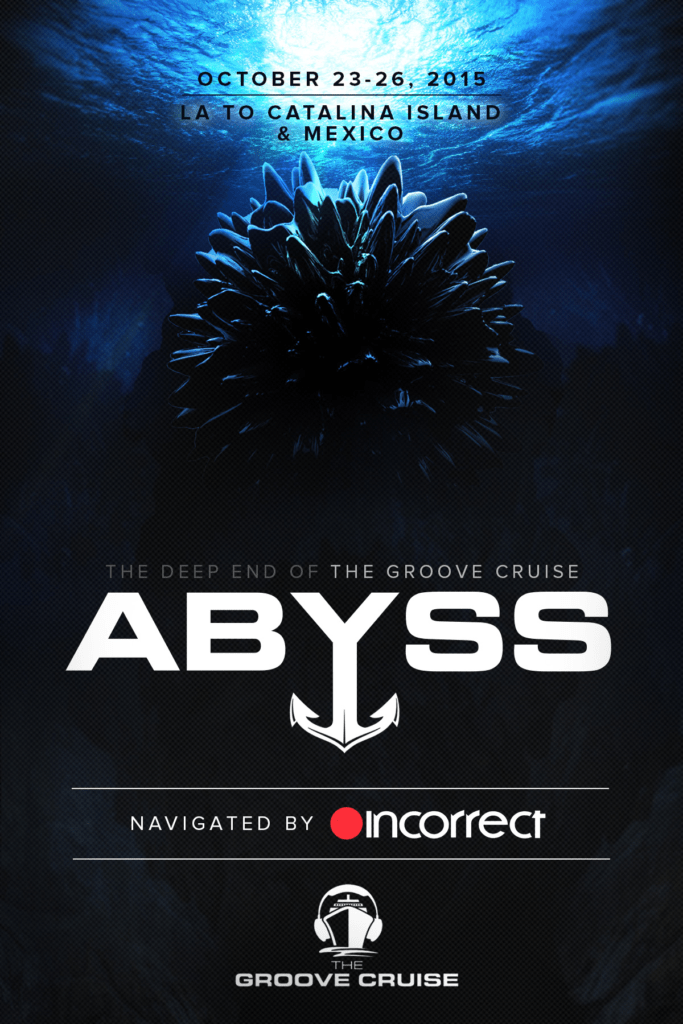 For the first time ever, the Groove Cruise is bringing their massively popular afterhours party to GCLA 2015 EVERY SINGLE NIGHT.

While sets are always scheduled around the clock on the Groove Cruise, the official afterhours events usually only took place on select nights.

Groove Cruise LA 2015 attendees will be treated to a new concept this year. Titled the Abyss, the official afterhours party hosted by Incorrect will take place all 3 nights during Groove Cruise LA.

Featuring the absolute best in deep house, techno, and downtempo dance music, the Abyss will take you into the late hours of the night all the way through sunrise if you can handle it!

Only a handful of cabins are left aboard GCLA 2015, so get your tickets now!