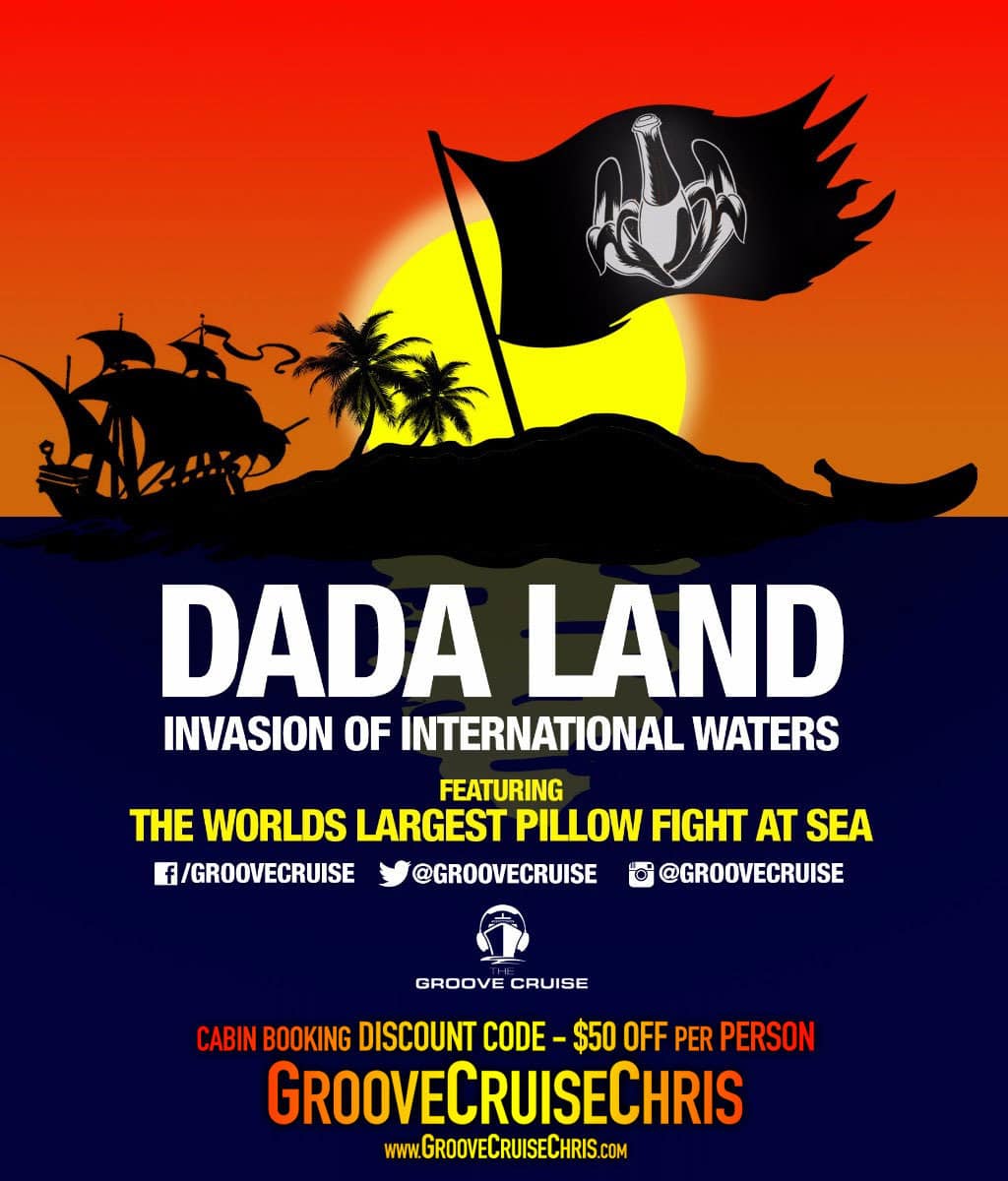 As this article is being posted, the GCFAM will be pushing into their final day and night of Groove Cruise Miami 2016. And, unlike many other land-based and at-sea music festival, this final day/night is very special because it marks day #4 aboard the Norwegian Pearl.

This extra day is one of the very unique aspects of Groove Cruise Miami and was added on after overwhelming demand from the GCFAM to add an extra day to keep the party going.

Anyways, if you didn’t make GCMIA this weekend, here are 4 things you missed.

This set was one of the most anticipated of the weekend. Dada Life not only brought Dada Land to the high seas, but this edition featured a massive pillow fight. 1000 pillows were given out at the door officially making this set the largest pillow fight at sea.

Deep house music and yoga poses in the middle of the Caribbean? Yup, that happened, and if you weren’t on Groove Cruise Miami, you missed it. Alissa Jo hosted this special Groove Cruise yoga session given the GCFAM the opportunity to recharge and prepare for more craziness. 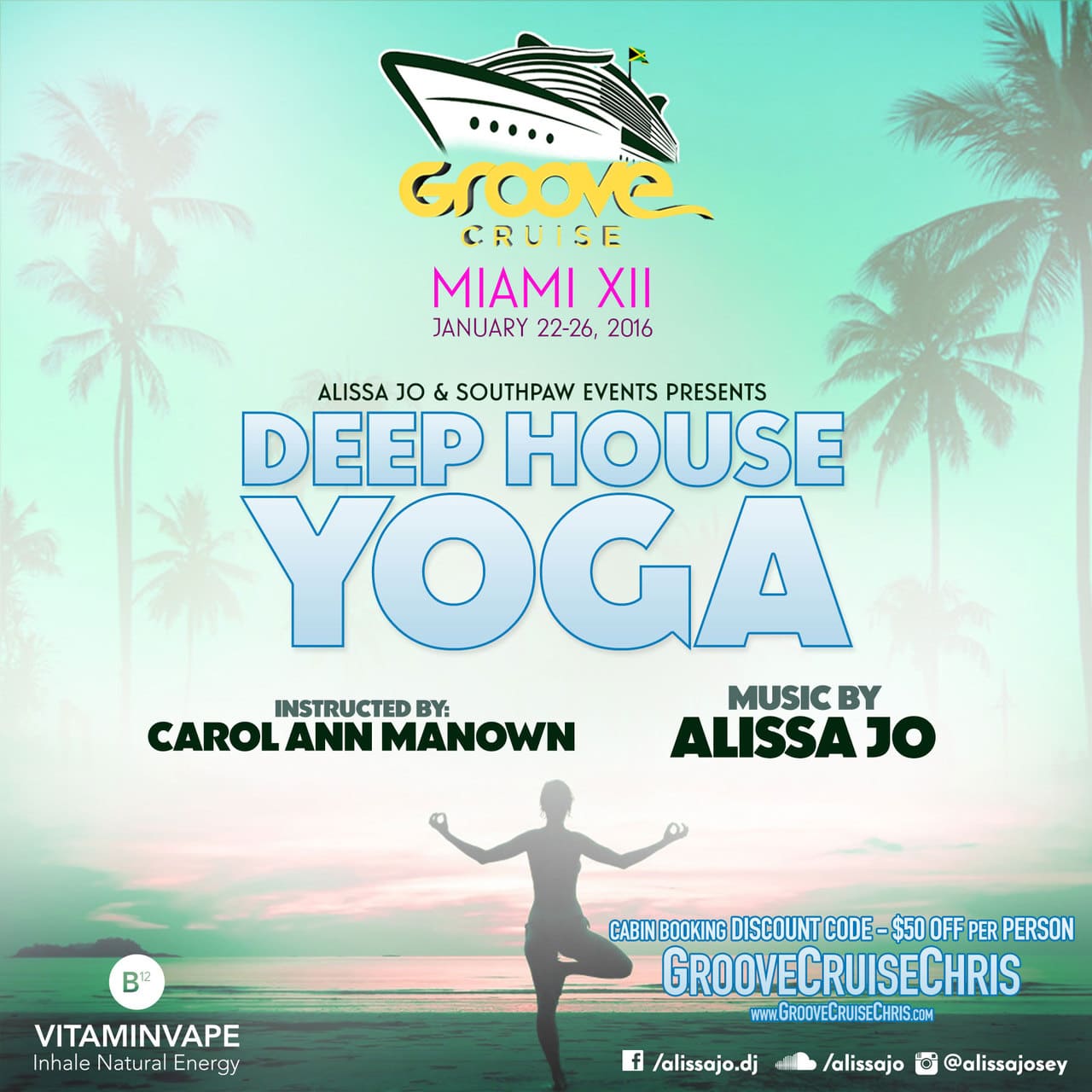 Groove Cruise veteran Markus Schulz truly enjoys playing for the GCFAM. Last year, he made a point to express that his beach set was just what he wanted – no lights, no heavy production, just him, the GCFAM, and good music. This year, the trance heavyweight took over the Bliss Lounge and gave 50 lucky attendees the opportunity to listen to a sneak peak of his new album. That’s how much he enjoys partying with the GCFAM. 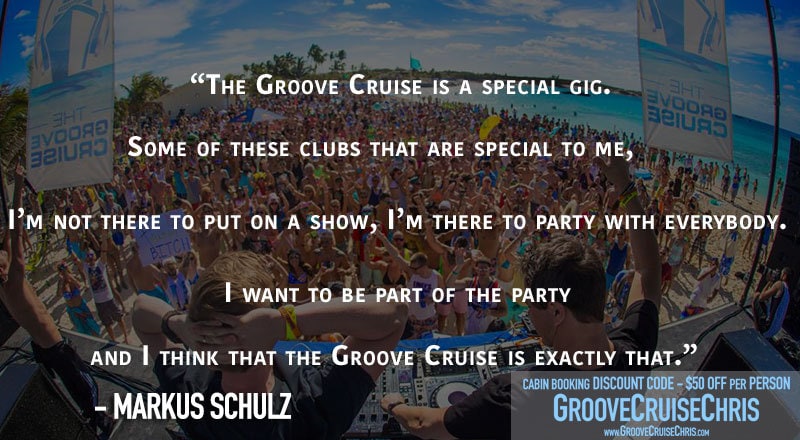 Football fans, this is one activity you did not want to miss. On the last day at sea aboard GCMIA, there was a one-of-a-kind 5-on-5 soccer match featuring the opportunity to play with some of the biggest names in EDM. Team Dada Life will be facing off against Team Dash Berlin with support from Michael Woods, Dzeko and Torres, Scooter and Lavelle, Louis Dee, Alex Madden, and GC’s Director of Marketing, Rafi Leibo.

Where would you have had the opportunity to not just meet these individuals, but play soccer with them…on a cruise ship…in the middle of the ocean somewhere? 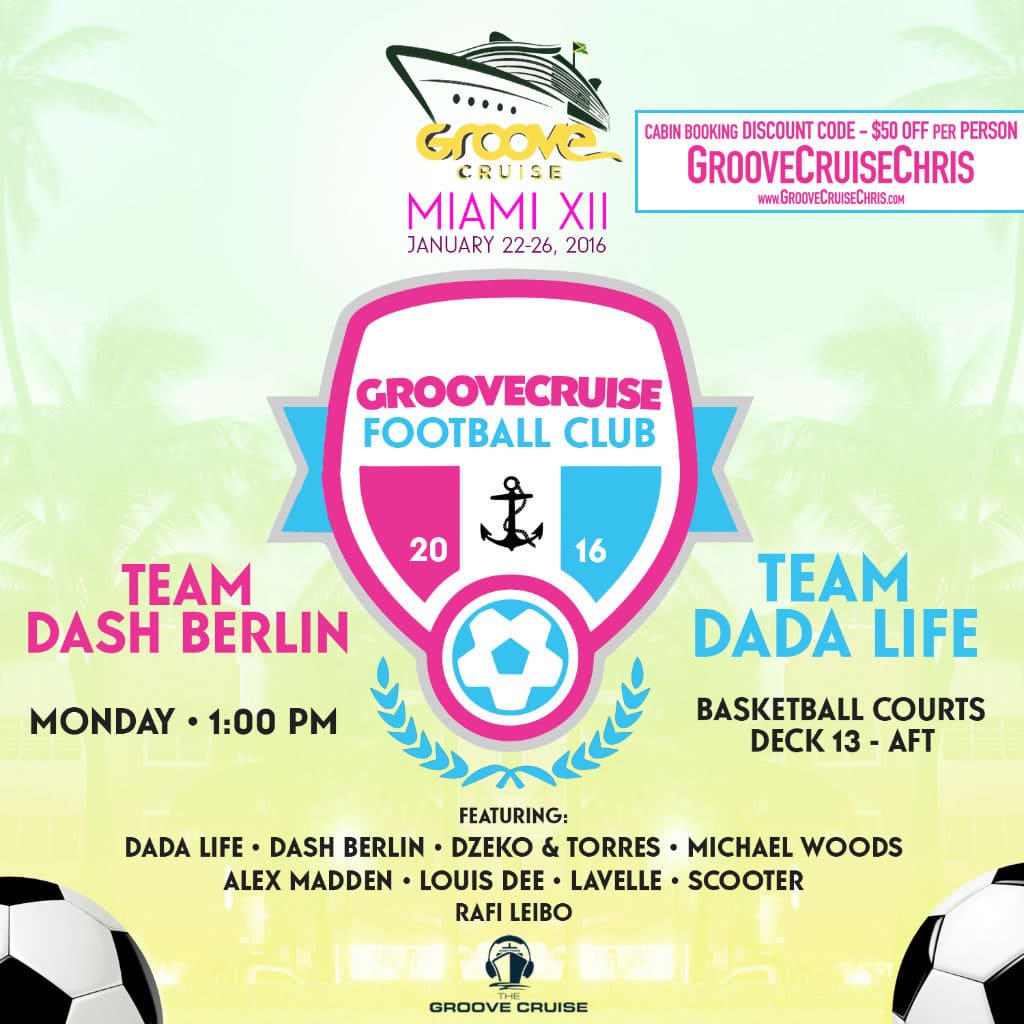 It’s never too early to start planning for  (Update: The 2016 West Coast event is GCCABO)and Groove Cruise Miami 2017. Seriously, start planning now. I imagine that details for  GCCABO 2016(for which pre-sales are already being sold) and GCMIA 2017 will be released shortly after this ship returns, so be sure to connect with Groove Cruise to stay up to date and to bookmark my site for the best discounts.